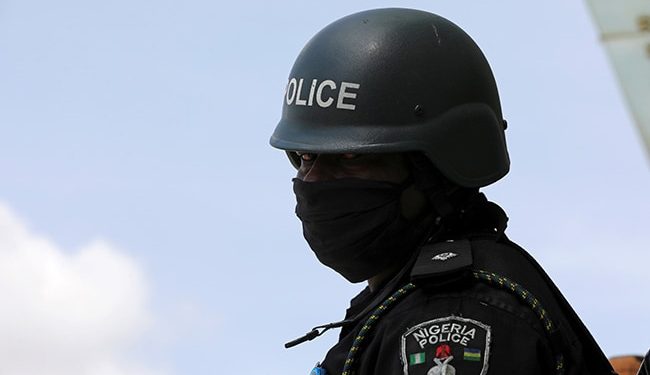 The excesses of the Nigeria and its anti-people policing have become more recalcitrant than the Ogbanje child in Wole Soyinka’s “Abiku” who continued reincarnating.

The best illustration of police excesses is the story of the death of the lion, the king of the jungle. The animals on hearing that their king, the lion, is dead were thrown into big mourning that parties after parties surged to console with the family of the bereaved.

Tortoise, in its usual cunning nature, was scared of the lion based on it’s antecedent.To be on a safer side, the tortoise maintained a safe distance from the venue to observe what was going to happen. From the tortoise’s observation and greatest surprise, only foot prints indicating entry were recorded and no foot print indicated exit. It was then that the tortoise concluded that the lion was still alive against the popular notion that it was dead. That was how the tortoise was spared from being consumed by the beast.

Indeed, despite present and past outcry against the excesses and anti-people policing of the Nigeria Police in general, and its special units in particular, the proverbial lion in the Nigeria is much alive and roaring even more menacingly than ever.

This came to fore recently when a police corporal, Nwachukwu Chinedu, attached to the Eziama Police Station in Aba allegedly raped a female student of Abia State Polytechnic, Aba. An incident which sparked protest among students of the institution. An to add salt to injury, it is also alleged that police shot at the protesting students. At this juncture, the efforts of the governor, Okezie Ikpeazu (PhD), his wife, Deaconess Nkechi Ikpeazu, the state commissioner of police, Janet Agbede, to being the situation under control, is highly commendable.

Also, a note of both advise and warning should be sounded to security agencies operating in the state to desist from activities that would unsettle the peaceful atmosphere in the state.

One would have hoped that by name, the Nigeria Police must have taken proactive approaches to men its broken relationship and trust with the public which has led to numerous anti- police protests in the past, climaxing in the recent anti- SARS protested which engulfed both human lives and property. But if the police anti-people policing before now was at a arithmetic progression, it has graduated to a geometric progression.

It was touted as a joke when Abayomi Shogunle, an assistant commissioner of police,was quoted as saying that” another way of avoiding being killed by Special Anti-Robbery Squad (SARS) is not to speak Queens English to police officers”. This was before the anti-SARS protest. But Nigerians have realised that the assertion by Shogunle is not a joke but a reality that has come to stay The fear of the police, when the conventional formations or crime busting units, is now the beginning of wisdom. And nothing is short of this.

Not too long ago at the Public Tribunal on Police Corruption, Brutality and Abuse in Southern Nigeria in Owerri, Imo State,Uche Nwokocha, South East Coordinator of National Human Rights Commission (NHRC), accused the Nigeria Police Force of covering up for officers found guilty of extra-judicial killings. While, decrying the high level of impunity that exists within the Nigeria Police Force,Nwokocha stated that the Police shield erring officers from prosecution and transfer them to another station instead of holding them accountable for their actions and prosecuting them.On this note, the police authorities are expected to deliver anything but justice in the Abia Polytechnic incident as have been pleaded by Gov. Ikpeazu and other well- meaning Nigerians.

The police in the past and present have been involved in extra- judicial killings.An extrajudicial killing is the killing of a person by governmental authorities or individuals without the sanction of any judicial proceeding or legal process. Extrajudicial punishments are mostly seen by humanity to be unethical, since they bypass the due process of the legal jurisdiction in which they occur.

The Police Act (Cap 359- Laws of the Federation of Nigeria), among other things empowers the police with duties of: prevention and detection of crime; preservation of law and order; apprehension and prosecution of offenders; enforcement of all laws; performance of military duties within or outside Nigeria as many required by them or under the authority of the act or any other; and, protection of life and property. While the argument of whether the police have lived up to the expectations of fulfilling other duties above may generate mixed positions, over 90 percent Nigerians will consent to the fact that the key function of protection of life and property have been performed to the reverse.

Numerous cases abound of extra- judicial killings by the police. 2004 Civil Liberties Organisation’s Year Book chronicling the state of human rights and governance in the year under review and entitled “Clear and Present Danger”, warned that “If the government failed in 2004 to advance the democratisation process in the political sector, it also failed in the civil and social sectors .

The government failed to curb the excesses of the public and other security agencies .The police remained the usual self and continued to maim and kill citizens in extra-judicial circumstances. This was quite apart from the of extorting money from motorists and arresting innocent citizens for ransom. There is little doubt that the police and other security agencies are the source of the most egregious violations of civil rights, both in their political role as protectors of state security and their civil role as protectors of peace, law and order.

These violations include not only those that occur in the streets, such as extortion, illegal arrest, and the use of undue force against citizens, but also detention without trial, torture and inhuman treatment, and extra-judicial killings”.

The year book also revealed how seventeen year old Izuchukwu Ayogu and Nnaemeka Ugwuoke whose mutilated bodies with eyes, brains, and reproductive organs,were found in a forest,after police in Nsukka arrested them on Sunday March 2001.The list is inexhaustible: The Ughelli 6 in 1983, Apo 6 in 2005, over 20 persons killed at Afiesere – Ughelli in 2006, Waliyu Abudu in 2008, Ramonni Balogun in 2013, Suzanna Alamagani in 2013, Ogbe Onokpite in November 2011, Aisagbonbuan Osagie, a truck driver, on 4th February 2014 in Benin city and Femi Awoyale on February, 2014.

We don’t want to delve into the argument of why our security agencies are still using live ammunition in the 21st century to demobilise mobs, while pepper spray and synthetic ammunition can serve the same purpose. That is an argument for another day.

Also, an article entitled” Weapon Handling and Phantom Discharge”, vested the security agents with responsibility of keeping the weapon pointed in a safe direction (where there would be no injuries to persons or damage to property in the event of a discharge); keeping the finger off the trigger until the gun is on a target and the decision to shoot is made;be sure of the target and the target backstop.

There have been calls to redesign the training of our security agencies to expose them to academic works on human psychology, human rights, and the constitution. The proponents of this arrangement also advocate a review of academic entry requirements of the security agencies. They are of the view that the proposal, if implemented, would go a long way in enhancing the security agencies’ performance and respect for the civil population.