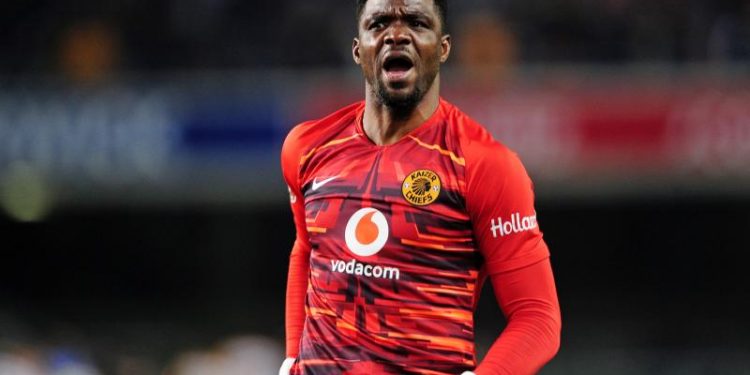 Kaizer Chiefs fans have called for Nigeria international, Daniel Akpeyi, to return as the club’s first-choice goalkeeper ahead of captain, Itumeleng Khune.
The Amakhosi lost 3-0 at home to bitter rivals, Mamelodi Sundowns, at the FNB on Saturday in their opening game of the 2020/21 season.
Akpeyi was the club’s first choice under former German manager, Ernst Middendorp, despite the return of South African shot-stopper Khune from a long injury layoff.
New manager, Gavin Hunt, has placed his trust in Khune as Chief’s top choice this season.
But after poor performances in the club’s last two games, where the 33-year-old conceded four goals, fans of the club have called for Akpeyi to replace him as the No.1 choice.
“That was an amateurish performance from Khune. We must admit the guy is aging, what a dreadful afternoon he has had. Akpeyi was great last season, he deserved much respect from the fans,” a fan Palesa Motshoene wrote on Twitter.
Another Chiefs fan, Nkanyiso Mathamba, wrote, “Daniel Akpeyi carried this team last season, he was still hated by the fans demanding the return of their precious Khune at every slight mistake he makes like a human being and the immediate firing of Middendorp.”
“Khune must work on his weight and fitness and just give Akpeyi his rightful place as Chiefs’ number one. Even with the Penalty no efforts whatsoever from Khune,” tweeted a football coach, Siya Maloka, after the loss.
“The Chiefs fans who were calling for Khune will now realise just how good Akpeyi has been, that man deserves more respect, Khune is finished,” @jabsils commented on Twitter.
Akpeyi was not named in the match-day squad as his work permit issues were yet to be resolved