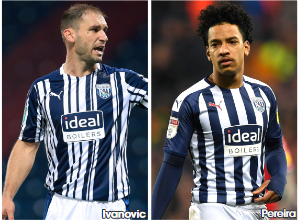 Albion manager Slaven Bilic said the club received the results earlier in the week and the pair are in a period of 10 days in self-isolation.

“It’s a setback. We found out on Tuesday and Wednesday. We have put a team out that is very good,” Bilic said.

The absence of Serbian defender Ivanovic, 36, and Brazilian playmaker Pereira, 24, was big blow for struggling West Brom as they search for their first league win this season.

Pereira was key to West Brom’s promotion last term and had started all seven of their Premier League games, scoring once and contributing two assists.

“Branislav Ivanovic and Matheus Pereira have begun a period of self-isolation.
“The club wishes the players a speedy recovery and will support them, if necessary, during their quarantine.”