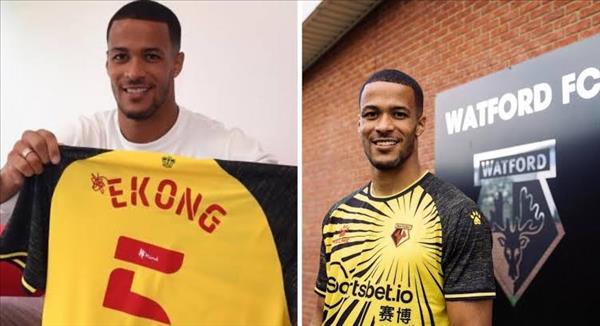 William Troost-Ekong has expressed his delight after scoring his first goal for Watford in their 3-2 victory over Coventry City in Saturday’s Championship game.

The 27-year-old teamed up with the Hornets in the summer from Italian club Udinese and was afforded his fifth appearance at Vicarage Road.

The Nigeria international shone in the encounter, scoring to help Vladimir Ivic’s men secure their sixth win of the season.

Troost-Ekong is pleased with his contribution in the game and hopes the Hornets will continue to utilize their set-pieces.

“James Garner put a fantastic ball in and made it easy, I just had to run on to it,” Troost-Ekong told the club website.

“It was an important moment and set-pieces are so important in this league, you see how they can change games. It’s been going against us so far this season so to score from a set-piece is massive.
“I’m happy I managed to contribute like that today and hopefully we can get some more during the season.”

The Super Eagles defender is happy with his side’s performances in front of goal but wants them to improve on their defence.

“The goals for are really important. We have to do a bit better; we’ve been conceding too many in the last few games but there’s so much we can still improve and I think this team has so much potential,” he continued.

“We just have to keep going and keep working, keep the goalscoring going and hopefully we won’t concede as many goals from set-pieces as we have done.

“The first half we were dominant but just missing a goal. We played well in possession today, we moved the ball better than we did in the previous games and it’s always nice when we score the first goal.

“We lost ourselves for a minute when they got the two goals back, but we showed great character to come out with the three points.”

“If you’re looking at the target for the rest of the season, we need to stay on course, so it’s important we stay up in the table, but everyone knows how close it is,” he added.

“If we’d lost today we might have dropped five, six or seven places, so I don’t think you can really look at the table yet, but it’s important for the feeling and for the momentum.”

Troost-Ekong will hope to replicate his impressive performances for Nigeria in their Africa Cup of Nations qualifying games against Sierra Leone on November 13 and 17.

Bitter Truth: The price of the prize