The Wizard of West London: Ziyech is already working his magic at Chelsea 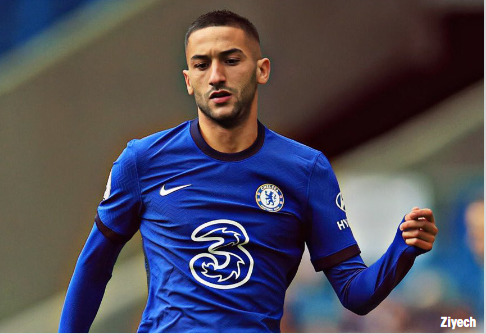 The transition from Dutch football to the Premier League is difficult for some but after belatedly making his Chelsea debut, Hakim Ziyech has wasted little time in quickly becoming a star at Stamford Bridge.

The winger agreed a summer move to west London during the January transfer window and played his final match for Ajax on March 7.

However, he missed the start of the 2020-21 season through injury and only made his first appearance for his new club on October 17, coming on as a late substitute against Southampton.

Just two weeks on, though, and Ziyech has become the first Chelsea player to score on his first two starts for the club since Diego Costa in 2014.

And even though Timo Werner, Kai Havertz and Tammy Abraham were all on the field at Turf Moor on Saturday afternoon, it was the 27-year-old who stole the show in a 3-0 win at Burnley.

Chelsea needed their £37 million ($47m) signing to step up to the mark, too, with Christian Pulisic having been injured in the warm-up.

Ziyech opened the scoring with a neat finish after a brilliant move involving Werner and Abraham and, after Kurt Zouma had doubled the visitors’ advantage with a powerful header from a Mason Mount corner, the Morocco international slipped Werner in to complete to scoring.

It was quite the performance from a player that has only just returned to action, especially when one considers that he had also played a pivotal role in the 4-0 win over Krasnodar just three days previously.
“It’s always difficult after European games,” Ziyech told the BBC after the win in Burnley.

“I think we had a good game, started well and didn’t really have problems at all. Burnley had one chance at the beginning, but after that we controlled the game.

“It’s been a good week for me. Hopefully, it can continue. You need to play with confidence and not be afraid to make mistakes. But I feel good and feel at home. Otherwise, it won’t go how it’s supposed to go. Everything is fine here.”

That will be music to the ears of everyone at Chelsea. There were never any doubts over the technical ability of a player known as ‘The Wizard’ at Ajax.

However, it always seemed strange that even though Ziyech had been integral to Ajax’s run to the semi-finals of the 2018-19 Champions League semi-finals, he wasn’t snapped up by one of Europe’s richest clubs. Instead, it was the likes of Frenkie de Jong and Matthijs de Ligt who secured high-profile transfers.
There was a suspicion that Ziyech might not be right for one of the ‘Big Five’ leagues.

However, he has made a mockery of that idea. Indeed, his transfer fee is already looking like a bargain.
Ziyech has quickly has quickly shown that not only has he the talent and temperament to fit in at a big club, he can also play Lampard’s high-intensity pressing game, winning the ball back more times (six) than any other player in the midweek win at Krasnodar.

As one of the few natural right-wingers in the Chelsea squad, his availability also makes Lampard more willing to deploy the 4-3-3 formation which has seen resulted in two high-scoring victories after back-to-back 0-0 draws.

While he was injured, Lampard was already enjoying the unique personality of a player whose “inner confidence” made him a “dream to manage”.

Ziyech’s time away from the field saw him build relationships with the physios at Cobham Training Centre, as he recovered from the knee injury he sustained in Chelsea’s one and only pre-season friendly, against Brighton.

Now he’s showcasing his character and people skills on the field, forming what could be formidable understandings with the likes of Werner.

And the good news is that he’s only getting started. There’s even more to come from Ziyech.
His crossing ability, confidence to take a ball in tight areas and set-piece acumen give Chelsea options that they simply didn’t have last season.

For example, the Blues scored just two goals from 39 attempted headers in 2019-20; that figure should rise considerably this term, given Ziyech’s dead-ball accuracy.

He’s already been a breath of fresh air off the field and is now proving a match-winner on it.
It hasn’t taken long at all for Ajax’s former wizard to work his magic in west London.

Imo Pools board gets new leadership