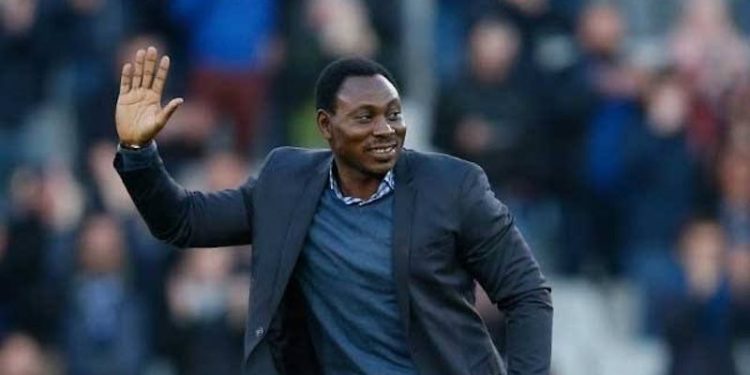 Rohr came under increased pressure after Super Eagles 4 – 4 and a goalless draw against the Leone Stars of Sierra Leone in their 2022 African Cup of Nations qualifying ties in Benin City and Freetown respectively.

In Benin, the Franco-German tactician saw his team race to a four-goal lead in 30 minutes, but the advantage evaporated after the Leone Stars staged a stunning comeback.
While assessing Rohr’s time in charge of the Eagles, the Atalanta 1996 Olympics gold medallist, said the former Gabon coach has failed the challenge so far.

“The person in charge has been there for five years already but there is nothing to write home about,” Amokachi was quoted as saying by Lagos-based Brila FM.

“Is he the right person to take the country forward, in my opinion, I don’t think so, because five years is a lot for a coach to say he’s building a team and then, he can’t give you a starting eleven?”
“We have also seen some decisions that a right coach wouldn’t have made and a coach that doesn’t take the backroom staff along end up having big problems,” he said.

Amokachi, who worked as Super Eagles assistant coach further stressed that Rohr lacked the ability to change the game from the bench, due to a lack of good communication with his backroom staff.

“I saw in a lot of games that he doesn’t relate with the bench most of the time, we heard what happened in Benin that he just wrote a note and gave to the team’s secretary and they made substitutions and even some of the players were furious about it and let their voice heard from the bench.
“But then Nigerians know he’s not the right person to take Nigerian football forward,” he submitted.