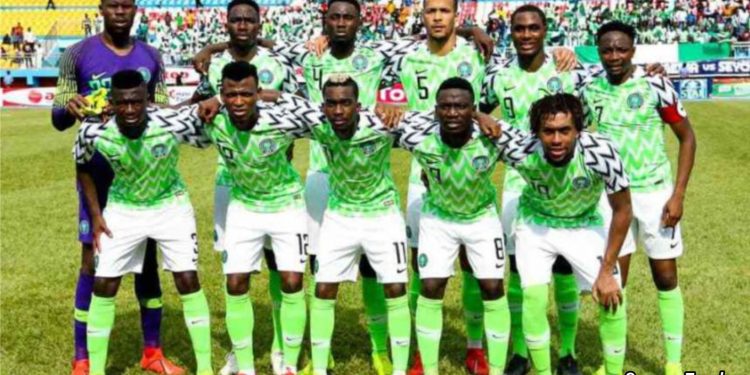 The fortune of Nigerian senior men’s national football team, the Super Eagles has been in comatose following the big blow and set back occasioned by the global pandemic corona virus (A.K.A Covid-19) is on its rise again.
The world’s football governing body’s Federation of International Football Association (FIFA) in this month’s ranking moved Nigeria from the 31st position to 29th position and 3rd in Africa behind Senegal and Tunisia. This is a morale booster.

The head coach however listed five standby players in view of force majeure occasioned by injuries and doubtful physical fitness;

Abdullahi Shehu (Bursaspor/Turkey), Ramon Azeez (Granada/Spain), Joshua Maja (Girondis Bordeaux/France), Henry Onyekuru (AS Monaco/France), Tyrone Ebuehi (FC Twente/Nettherlands) who is likely to replace Wilfred Ndidi who is sidelined for up to 3 months after picking up an injury in the English Premier league.

Surprisingly, no Nigerian domestic league player made the list due to non-resumption of our sports program and doubtful physical fitness of the players. Over reliance on foreign-based players in preference to Nigerian-based players is a bane to football development in the country. The sports minister should address this imbalance.

Onitsha Culture: Trails and sounds of an age old tradition

Onitsha Culture: Trails and sounds of an age old tradition

#EndSARS: Ikpeazu appoints NUJ Chairman, 9 others into panel of enquiry