NFF yet to clear Eaglets’ allowances 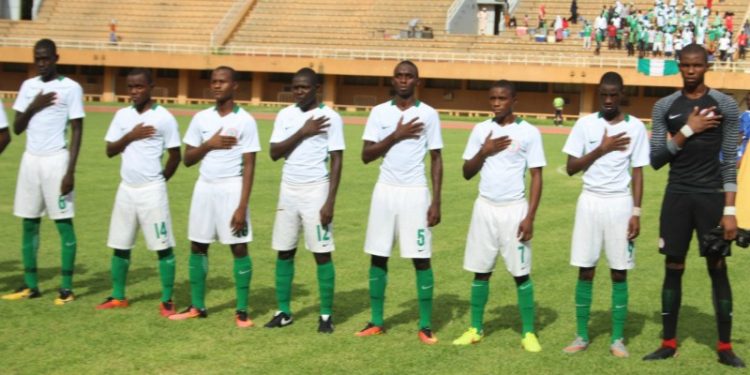 Despite receiving annual youth development grants from FIFA, the Nigeria Football Federation (NFF) is reportedly still owing players and officials of the Golden Eaglets to the Brazil 2019 FIFA U-17 World Cup.

Players of the 2019 Eaglets squad lamented over the inability of the NFF to settle their bonuses they ought to have collected before the World Cup in Brazil even as they appealed to the football house to pay up the debt lest they’ll be forced to protest openly.

“We’re not surprised that the NFF has refused to pay us our reward for our labour maybe because we have not gone to the streets to protest like the girls who had long been paid,” a source who craved anonymity told newsmen. “The cry of the innocent shall continue to hunt NFF unless they clear our money of over 18 months running.”

Yet the NFF General Secretary, Mohammed Sanusi, did not confirm nor deny if the 2019 Golden Eaglets were being owed even as he urged the media to concentrate on more important issues.

“I don’t know why this should be a problem to journalists. Some of the people who do it, do it for mischief because if journalists are owed several months salaries and they keep quiet and don’t say anything, should they be interested in other people’s salaries and payment? Why can’t they fight their own?” Sanusi stated. “I will not like to comment on that one. The best thing is to call the technical department.”

Sanusi, however, sought cooperation of stakeholders including journalists in order to move football forward in the country.

“We are doing everything possible to move Nigerian football forward but we cannot do it alone. We need the cooperation of everybody including you members of the media for us to achieve that,” he concluded.