Ndidi ‘happy to be back’ from long-term injury spell 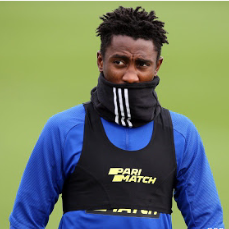 Super Eagles and Leicester midfielder Wilfred Ndidi has expressed his excitement to be back to full fitness after spending Eight weeks on sideline.

Ndidi was sidelined since October after he picked up an abductor injury against Burnley in the Premier League.
The defensive midfielder had surgery on the abductor and has since missed matches for both country and club.
The Leicester City anchorman said in a video posted on the club’s Twitter handle that he’s happy to be back.

“We are happy to be back and hopefully things go well this time,” he said alongside his teammate Ricardo Pereira who is also returning from long layoff.

The Foxes are already through to the next round, but a win will erase the shocking 2 – 1 home defeat to Fulham in the Premier League on Monday.

My 100% record against Arsenal no big deal — Mourinho

90,000 children out of school in Anambra- Educationist