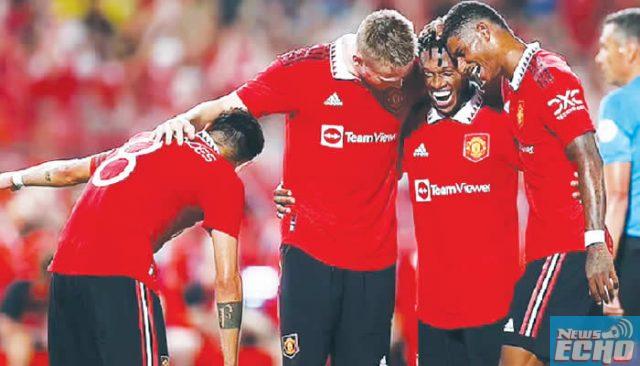 Manchester United eased to a 3-0 win against Bournemouth, on Tuesday, strengthening their grip on a Premier League top-four place after a fourth straight league win.

United, who lost their first two Premier League games of the season, have now garnered 35 points from 17 games — level with third-placed Newcastle and five points ahead of Tottenham, in fifth.

Rashford came back into United’s starting XI for the visit to Old Trafford of struggling Bournemouth, who are just two points above the relegation zone.

The England forward was dropped at Wolves after oversleeping and missing a meeting but came off the bench to bag the winner, and returned as one of four changes alongside Harry Maguire, Victor Lindelof and Donny van de Beek.

Casemiro broke the deadlock for the home side in the 23rd minute. Rashford was fouled by Adam Smith on the left and Christian Eriksen floated in a free-kick which Casemiro met at the near post to apply the finish.

United doubled their lead early in the second half.

England defender Luke Shaw started and finished the move, bursting forward from his own half and shifting the ball rightwards before arriving to turn in substitute Alejandro Garnacho’s low cross.

United are still coming to terms with the departure of superstar forward Cristiano Ronaldo, who was unveiled at his new Saudi club, Al Nassr, on Tuesday.

Rashford has become the main man up front this season, with Ronaldo playing a bit-part role even before his departure in November, and the 25-year-old scored United’s third goal in the 86th minute to add gloss to the score line.

My work in Europe is done – Ronaldo