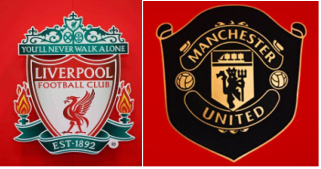 Liverpool and Manchester United are in talks to form a FIFA-backed European Premier League.

The plans are supported by a funding package worth £4.6billion, according to Sky Sports.

Five Premier League clubs could be set to join the league, which will be made up of 18 teams from around Europe.

The league’s start date is currently pencilled in for 2022, and fixtures would take place throughout the current football calendar.

Teams from Italy, Spain, Germany and France will also be involved.

The format would see teams play in a league format, with a knockout tournament featuring the top-placed sides rounding off the competition.

It has been claimed that the league would not be a breakaway league and wouldn’t impact Liverpool and United’s position within the Premier League.

Sky Sports claims an announcement was originally planned by the end of the month.
Teams from around Europe are already in negotiations to join the league.