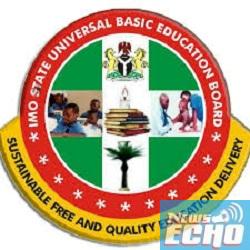 Speaking at the Flag Off ceremony held at the headquarters of IMSUBEB along Portharcourt Road Owerri recently, the Executive Chairman of IMSUBEB, Her Excellency, Lady Dr Ada Okwuonu, who was represented by the Board Secretary, Hon Chidiebere Egbuoh, noted that the feat was aimed at reviving the spirit of sportsmanship among pupils with a view to enhancing spots in the state in line with the vision of the Shared Prosperity administration led by governor Hope Uzodimma.

Okwuonu who described the move as a positive change in the primary school system, announced that there will be a thorough check and proper scrutiny on the equipments, as any school which does not make effective use of those materials will be sanctioned accordingly and items taken to a nearby school where they will be valued.

Describing sports as a unifying factor, as well as a medicine for health fitness, the Executive Secretary of UBEC, Dr Hamid Bobbogi who was represented by the Head of Education Unit, UBEC, Mohammed Shuaibu, urged teachers to ensure to engage their pupils in sports so that when they grow into adulthood they will become useful to themselves and the society in general.

Just as the Commissioner of Sports, Hon Dan Ogu, lauded the Imo State government for strengthening the education system especially through the provision of relevant sports materials, promising that the 3r government will continue to do the needful to promote quality academics in the state which he praised cherishes quality education.

Contributing, Director of Education Support Services, Mrs Celine Ekejiuba, Board members representing Orlu and Okigwe Zones, Engr Elex Ogwazuo and Hon Bright Nwachukwu, told the beneficiaries not to dump the kits, but put them into positive use in order to gain desired goals of instilling spirit of sports in the pupils, as well as create sports clubs at their various schools.