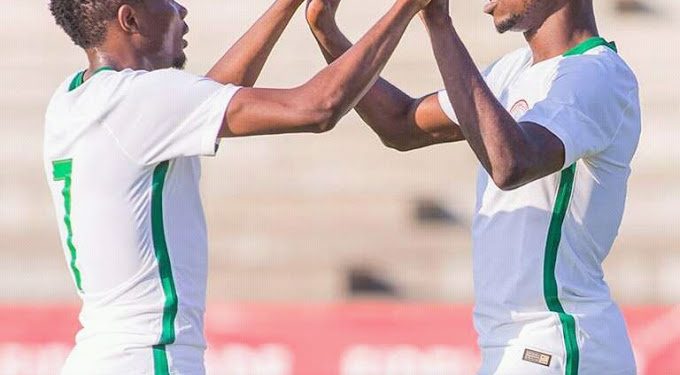 Super Eagles players have started arriving the Nigeria’s national team campsite in Benin City ahead of the 2021 AFCON qualifying double-header with the Leone Stars of Sierra Leone on November 13th and 17th respectively.

A tweet from the Twitter handle of the Nigeria Football Federation indicated that Leicester City’s Kelechi Iheanacho, Sparta Rotterdam’s Maduka Okoye, Ahmed Musa are part of the early birds for the games and they are due to hit Benin City today.

Galatasaray’s Oghenekaro Etebo and Paul Onuachu were also in town and expected to have arrived Benin City as at press time.

The Eagles are first in Group L of 2021 AFCON qualifiers with six points from two games and they could pick the ticket as group leaders with two games to spare if they manage to grind out maximum points from their next two games.