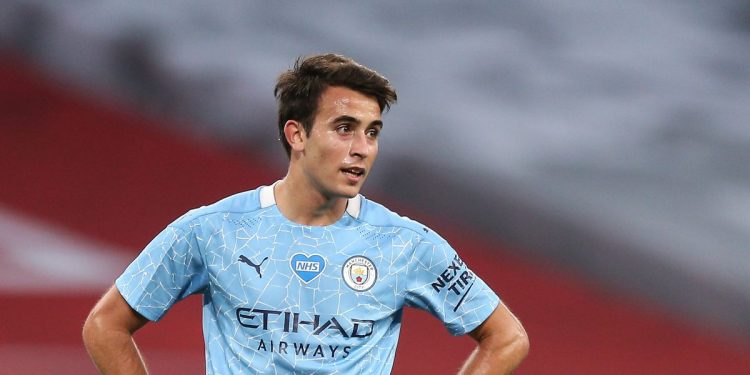 Eric Garcia plans to resist all Pep Guardiola’s efforts to ‘seduce’ him this season — and return to Barcelona next year.
The Spanish defender, 19, has started in Manchester City’s last two matches despite his refusal to sign a new deal.
Garcia’s boyhood club Barca could not reach the £18million asking price in the summer.
Manager Guardiola said last week: “He wants to leave but maybe we can seduce him to extend his contract with us.”
But Garcia has told friends he plans to return ‘home’ — whether it is in January or next summer on a free transfer.
He has made his decision for personal reasons.
The teenager’s current deal at the Etihad will expire next summer.
Speaking last month, Garcia insisted his club are aware that he does not want to extend his stay.
He said: “It is true, I have told the club I do not intend to extend my contract beyond 2021.
“But I will return to Manchester when I am finished on international duty with Spain.
“I am focused on next season with City.”
Guardiola said: “He announced to us that he doesn’t want to extend his contract with Manchester City.
“He has one more year and after that, yeah.
“We want it, but he doesn’t want to extend it, so I imagine he wants to play in another place.”
Garcia joined the Manchester giants from Barcelona’s academy in 2017.
He made 13 appearances in the Premier League during last season.