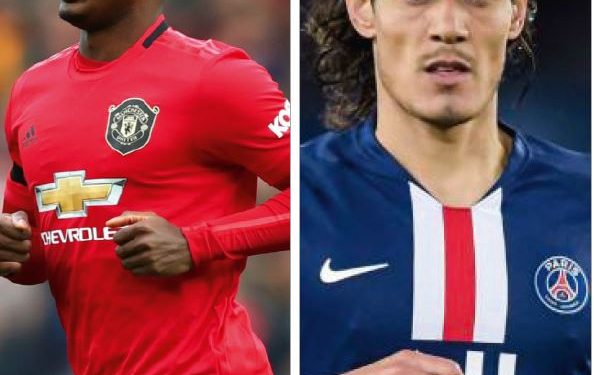 Okpara disclosed that Manchester United did not treat the former Super Eagles player with honour as they extended his loan stint to keep him on the bench, saying that ‘it is also disrespect to all African players.

“Ighalo came into the club at a very difficult time and was able to help the team get the needed goals in matches he was called upon,” Okpara said.

“A foreigner, European or a Brazilian won’t be treated the way he is currently being treated,”
Despite the presence of Ighalo, United snapped free agent Edinson Cavani on deadline day, tying him down to a one-season contract with the option of an extra year.

The Uruguayan has 341 career goals to his name to date, 200 of which were scored during his time at Parc des Princes, and he’s also hit 51 in 116 appearances for his country at the international level.

PSG’s record goal scorer will now be charged with helping the Red Devils bounce back from a poor start to the season while providing high-quality competition in the final third for Greenwood, Anthony Martial, Odion Ighalo, and Marcus Rashford.

After Anthony Martial moved into a centre forward role, Marcus Rashford settled in on the left side of the attack, and Daniel James arrived from Swansea City to occupy the right flank until the emergence of Mason Greenwood.