Chelsea will not win the EPL this season – Shearer 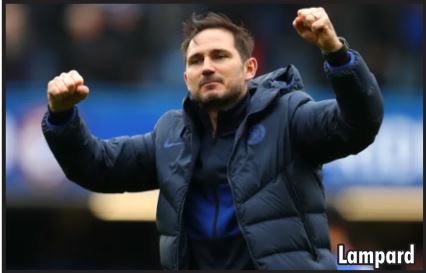 0
SHARES
64
VIEWS
Share on FacebookShare on TwitterShare on Linkedin

Alan Shearer has played down talk of Frank Lampard’s new-look Chelsea FC side winning the Premier League title this season.

The Blues have been one of the busiest clubs in the summer transfer window as Lampard looks to leave his mark on the Chelsea side.

However, Shearer reckons the Blues will struggle to win the Premier League title this term.

“City are not the only team who will think they are capable of closing the gap on Liverpool. Chelsea have spent £200m already, so it is clear what their intentions are,” Shearer told BBC Sport.

“Frank Lampard had a very positive first season in charge given the circumstances, with the club under a transfer embargo, but now they have splashed the cash, the expectation level changes.

“Suddenly his target goes from hoping they can get in the top four, to a demand that they challenge for the title. You don’t spend that sort of money otherwise but, while I am sure they will improve, I still think winning the league will be beyond them.”

The Blues will take on Brighton in their Premier League opener at the Amex Stadium tonight.

I’m being attacked because I decided to develop Anambra – Ngige