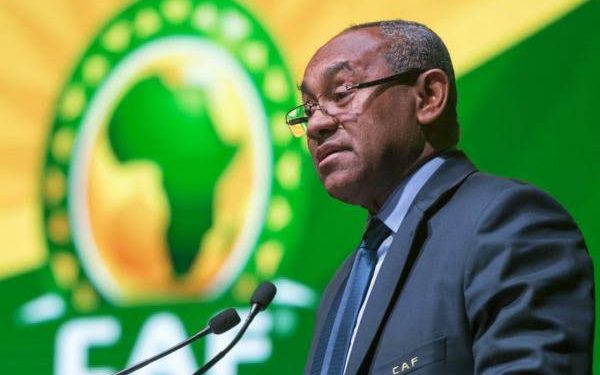 World football governing body, FIFA, now has the final say on CAF President, Ahmad Ahmad’s eligibility to contest March 12 elections.
Executive Committee of the Confederation of African Football (CAF) has chosen to set aside the recommendation by its own Governance Committee to restore Ahmad as a presidential candidate, saying FIFA should have the final say.

On Friday, CAF’s Governance Committee determined that the 61-year-old was now eligible to stand in next month’s elections after the Court of Arbitration for Sport (CAS) temporarily lifted his five-year FIFA ban last week.
“The candidate Ahmad is declared eligible for the post of CAF presidency,” the Governance Committee stated on 5 February.
At a heated meeting of the Executive Committee (ExCo) in Cameroon on Saturday, CAF’s board effectively decided to ignore the independent Governance Committee’s advice and rely on football’s governing body itself.

“The Executive Committee finds the decision of the Governance Committee communicated on 5 February inappropriate,” CAF stated late on Saturday.
At one point, CAF president Ahmad – attending his first official event since being banned in November – left the room while his candidacy was discussed.
During the meeting, he also rejected the possibility of postponing the elections, to be held in Morocco, because of the ongoing uncertainty.

Whoever becomes CAF president on 12 March will automatically assume a role as the vice-president of FIFA, whose Review Committee vets candidates.
When the body met last month, it barred Ahmad from contesting the elections given the ban he had received for several breaches of FIFA’s ethics code.

The decision came shortly before CAS – sport’s highest legal body – provisionally ruled, on 29 January, to temporarily suspend Ahmad’s FIFA ban “due to a risk of irreparable harm for Mr Ahmad if the disciplinary sanction is maintained during the period prior to the CAF elections”.
Ahmad wants to be the elections’ fifth participant, with Jacques Anouma (Ivory Coast), Patrice Motsepe (South Africa), Augustin Senghor (Senegal) and Ahmed Yahya (Mauritania) all having already been approved.

Life is in balance