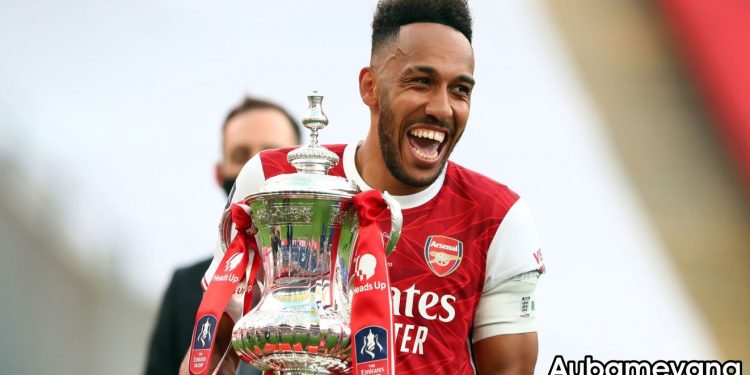 Pierre-Emerick Aubameyang is on the brink of signing a new three-year contract with Arsenal which will see him usurp Mesut Ozil as the club’s highest-paid player.

The Gunners captain has been in talks with Emirates chiefs for several months over extending his stay in north London.

And according to The Athletic, the striker has finally committed his future and an announcement is imminent.
It is also claimed that Aubameyang is set for a mammoth pay rise on his current £200,000-a-week deal, which was due to expire next summer, to take him to the top of Arsenal’s wage list.

It is understood that Aubameyang’s deal is worth more than Ozil’s £350,000-a-week agreement, with the striker extending his stay with the Premier League giants until 2023.

The influence of Gunners manager Mikel Arteta as well as Aubameyang’s father was significant in persuading the striker to commit, it is claimed.

Arteta said: “I keep being positive, we have some really good talks with him and his agent. I am pretty confident we’re going to find an agreement soon. That’s my feeling again.

“Absolutely. And for him as well, I think. I think he should be very happy if he is able to stay at the club for a long time.

“I think people will be delighted with that news.”

How to get your crush without shooting your shot