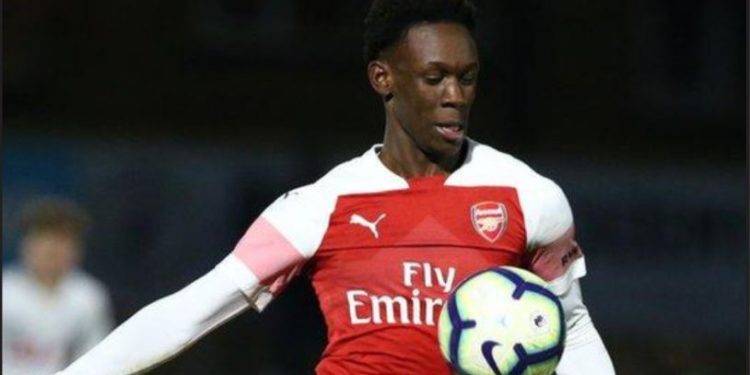 Arsenal have reportedly rejected a bid worth in excess of £3million from Sheffield United for youth striker Folarin Balogun.

The highly-rated 19-year-old is due to leave the club next summer after entering the final 12 months of his contract with no hint of him signing a new deal.

Balogun is able to enter pre-contract negotiations with other clubs from January ahead of a proposed free transfer when his deal expires.

That would leave Arsenal entitled to only a small fee by way of compensation via the Elite Player Performance Programme.

Sheffield Utd looked to move ahead of other interested parties by offering £3m up front with a range of add-on incentives, but it falls well short of Arsenal’s valuation.

According to The Mail , The Gunners want a deal worth a total of £15m for the US-born forward, to include an initial fee plus various bonus payments.

Balogun has been attracting interest from Southampton, Brighton and AC Milan, while Arsenal turned down a £5m approach from Brentford earlier this year.

He has been with Arsenal since the age of 10 and has shown prolific form in the under-18s and under-23s over the past two seasons.

New signings Willian and Gabriel Magalhaes both hit the ground running against Fulham but Mikel Arteta is still on the lookout for new signings.

Lyon midfielder Houssem Aouar and Brentford keeper David Raya are two of the names on their radar.
Chris Wilder was hopeful of landing Balogun to help boost his attacking options but could now turn his attentions to Liverpool’s Rhian Brewster.

There has been interest in Balogun from Germany and the forward could move abroad if Arsenal receive any offers that meet their demands.

Arsenal chiefs would rather receive a fee for the academy star than lose him for nothing and are resigned to him leaving.

Balogun was offered a new contract at the club but failed to agree terms.

He feels he would be given a better chance of first-team football elsewhere given he is yet to make his senior debut while other stars from Arsenal’s academy are involved regularly in Mikel Arteta’s plans.