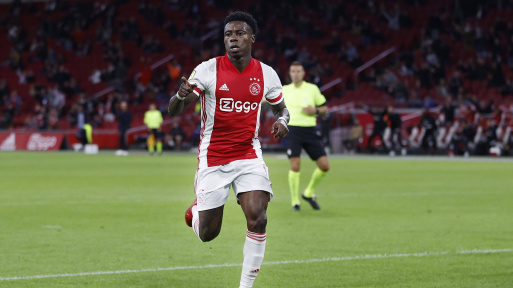 0
SHARES
58
VIEWS
Share on FacebookShare on TwitterShare on Linkedin

Dutch international footballer Quincy Promes has been arrested in connection with a stabbing at a family gathering earlier this year, a Dutch news report said Sunday.

The incident happened at a family party at a shed in the scenic town of Abcoude, just outside Amsterdam in late July, the report said.

“A relative was seriously injured and suffered, among other things very serious knee injuries in the incident.”
Promes allegedly got into a scuffle after an argument with the relative and other family members immediately intervened, the paper said.

The relative laid charges a month ago, it added.
Amsterdam police spokesman Jelmer Geerds told AFP a “28-year-old man has been arrested” but declined to give further details.

He said the suspect was in custody and a decision whether he would be released on bail would be taken later on Sunday.

Ajax could not immediately be reached for comment, but the NOS public broadcaster said the club confirmed that Promes was not at training on Sunday.

The Amsterdam-born Promes, known for his speed and technical style of playing, joined Ajax last year from Sevilla FC in a 15 million-euro transfer.

Before that he played for Spartak in Moscow, where he was named Footballer of the Year in Russia in 2017.
He played his first match in Dutch national colours in March 2014 against France.