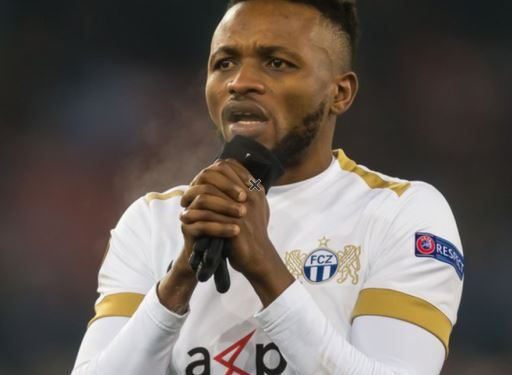 Captain of the Leone Stars of Sierra Leone, Umaru Bangura has tested positive for Coronavirus after his country’s international friendly against Niger last week which they lost by a lone goal.

Bangura who did not feature in the game due to injury is already self isolating along with the team’s fitness coach Phillip Kor and an official Eric Fomba according to a statement issued by the country’s football association.

Before engaging Niger, the Leone Stars played Mauritania also in a friendly which they lost 2-1 and it was Bangura’s last match before the injury.

Sierra Leone are billed to face Nigeria’s Super Eagles in a 2021 Nations Cup qualifier on November 9 in the first leg away while the return leg comes up a week later home soil.

They have secured just a one win in their last six games ahead of their clash against the Eagles.

Nigeria leads Group L with six points, after victories against Lesotho and Benin Republic who are second.