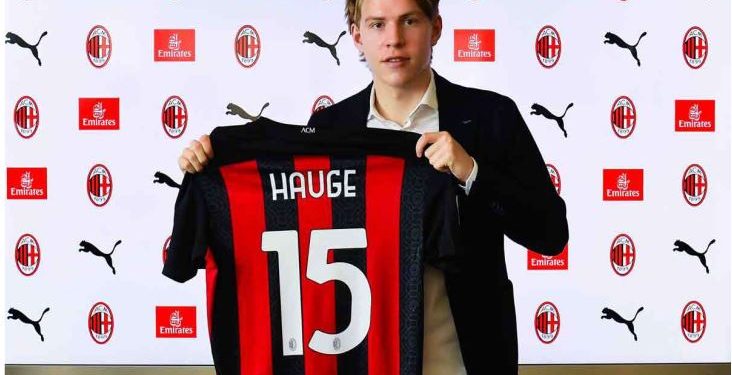 Norwegian forward Jens Petter Hauge on Thursday signed a five-year contract with AC Milan, a week after scoring a goal against the Italian club in the Europa League.

The 20-year-old scored FK Bodo/Glimt’s second goal in a 3-2 third qualifying round defeat by Milan at the San Siro.

“AC Milan is delighted to announce the signing of Jens Petter Hauge from FK Bodo/Glimt on a permanent deal,” the club said.

“The Norwegian striker has signed a contract with the Rossoneri until June 30, 2025.”

The deal is reported to be worth five million euros ($5.8 million).

The seven-time Champions League winners have extended the contract of Swedish star Zlatan Ibrahimovic, who turns 39 on Saturday, for one season.

But Hauge’s arrival is part of the club’s bid to bring in fresh talent as they target a return to elite European competition for the first time since the 2013-2014 season.