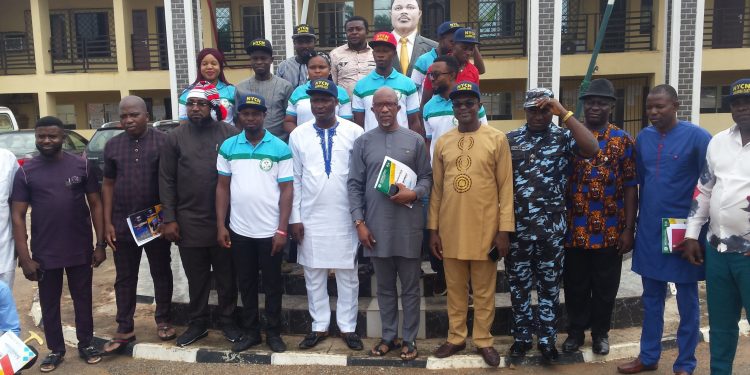 Following rising insecurity across the nation, stakeholders have called for youths involvement as well as expansion of security surveillance services as part of effective means of checking the dangerous trend.

Some of the participants to a One-Day Security Summit organised by the National Youth Council of Nigeria (NYCN), held in Otuocha, Anambra East Local Government Area (LGA), on Wednesday, emphasized urgent need to address the current security challenges.

The State’s Comptroller, Nigeria Correctional Service, Mr. Emmanuel Nwakeze noted that it was regrettable that crime rate had continued to rise in geometric progression. He urged the youths to play active roles in assisting security agencies with useful information.

“I want you to be engage in those things that will promote your future; say no to cultism, rape, banditry and terrorism”. “Be job creators, get educated as the currency for future competition, be vigilant and security-conscious,’’ Nwakeze said

Divisional Police Officer, Anambra East LGA, Mr. Godwin Onyebuchi Mba mentioned factors that could trigger insecurity to include greed, illiteracy, bad leadership, laziness and corruption. The security expert added that youths which constitute 70 per cent of the nation’s population must be awake to societal norms and values.

He explained that youths had vital roles to play in the areas of intelligence, information gathering and dissemination, participation in leadership and orientation about security agencies to address numerous security challenges facing the nation.

In a goodwill message, National Deputy President of NYCN, Mr. Innocent Nduanya, said that time was ripe for the government to effectively engage youths to assist law enforcement agencies in providing security to reclaim the social space.

Chairman on the occasion, Mr. Alex Onukwue, while saying that the price we pay for freedom was internal vigilance and timely remedial actions, called for more strategic planning in order to restore peace in all parts of the region.