What do you do when you like someone you cannot have? 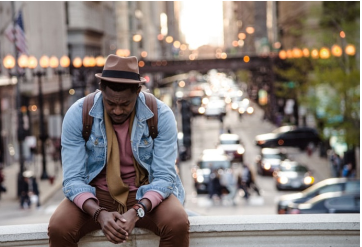 Some believe that moving on is the way forward. They say if you love someone who you can’t have, just move on with your life. One of life’s known tragedies is in loving someone who doesn’t love you back.
At almost every point in time, people have been known to have feelings for people they can’t have, people who would rather be with other people than them.

For everyone who has ever been in this situation, the ache is unforgettable; a concoction of feeling rejected, of feeling insufficient. Being desperate to get the person’s attention, and at the same time willing one’s self to forget the attraction and just move on as if it never happened, as if it’s not there.

But of course, it’s never easy to forget. The attraction is there, and every time you see the person you have this crush on, you are acutely reminded that you are still as smitten with them as you were from the onset, and as always, they are still out of your reach.

The question now is this; what do you do when there’s someone you love someone you can’t have either because they are married, dating, or just plain uninterested in you, regardless of all the attempts you’ve made?

Asked on Instagram on Saturday August 12 2018, user @llollarh says “you move on,” while @mz_deremi adds that one needs to just “let it go.”

Another user, @_sapphyre is of the opinion that one needs to “learn to unlove the person” because “life is too short.”
But how exactly does one do this moving on and unloving that’s been referred to here? Because, frankly, that is the hard part. Knowing what to do is easy but doing it isn’t so easy.

User, @tejuwhales offers some useful advice with his comment. He says, “you’ve got to let the person know how you feel regardless. And [then] proceed to distract yourself with some other important stuff (whew! Very tough something though)”

And he’s right. Once one opens to the man or woman about the interest, there really isn’t much one can do about unreturned affection.

You can only move on with your life, live it to the max and hope for the best – with someone else.
Or if you’re lucky enough, life may just bring you together with that same person somewhere down the road.

Surprising benefits of laughter you need to know