The 3 P’s every man should possess in a relationship 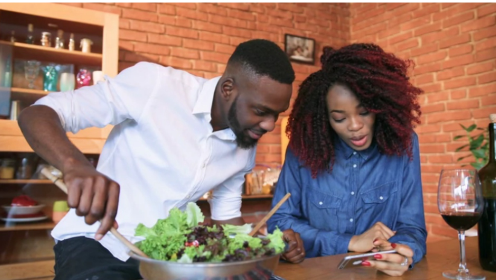 There are three major responsibilities you should emulate to keep your woman.
In every relationship, a woman wants to be loved, cared and provided for.
She wants the world to know these too.

So if you are in a relationship with a lady or thinking of starting one, here are three major responsibilities you should emulate to keep your woman; also ladies, these are things to look out for in a man.

1. Protect
When a man loves a woman, everything about her becomes his priority.
Whoever harms or attempts to will have to contend with him. It’s his responsibility, it’s how he was brought up.
For example, no man will speak ill of his mom or willingly accept that she was wrong or made a mistake.

His love for her is unconditional and so he does whatever to protect because he has been made to understand that she is fragile, and it is his duty to be her shield. It’s the same for his woman.

Protection doesn’t just mean when it comes to physical confrontation with another party, it also means advising her on certain issues, stepping up to perform a certain task that he thinks might be dangerous for her.
For example, he will walk her home at night because whatever affects her concerns him.

2. Provide
Another responsibility a man has to fulfill to his family, wife and girlfriend is the role of provision.
This is the very core of manhood to be the provider.

A man who can provide for his family and loved ones feels fulfilled. When a man can foot the bills, he is happy but if otherwise, this will affect his ego. Therefore, it is said that if a man truly cares for a woman, he will never allow her lack for anything.

He will always provide the necessities because every appreciation he gets from her makes him proud and happy.
Providing for a woman doesn’t just mean monetary value, it could also mean helping her with certain duties around the house, providing could mean sharing the little he has with her.

A man who claims he can’t provide certain things for his woman not because he doesn’t have but because he feels she might take advantage of him is not a keeper.

It’s either he does not understand his responsibility, or he is just making up excuses to be irresponsible.
3. Profess
If after dating a man for a while and he still introduces you by your name for example when he goes out with you to see his friends or colleagues and introduces you as “meet Jennifer, “this is Jennifer,”, he introduces you as a friend.

In his heart he doesn’t see you more than that, so if you have been thinking you are his girlfriend you had better look for the exit door in the relationship.

A man that loves you will profess his love for you everywhere he goes not necessarily in saying “I love you”, but in the way he treats you in the presence of his people and in the way he shows you respect.

I bet you when you do these three things protect, provide and profess your love for your woman she will be proud of you and she’s going to be by your side for a very long time.
So also, ladies these are what you should watch out for in a man.

Okafor’s law:Is this relationship theory a myth or reality?