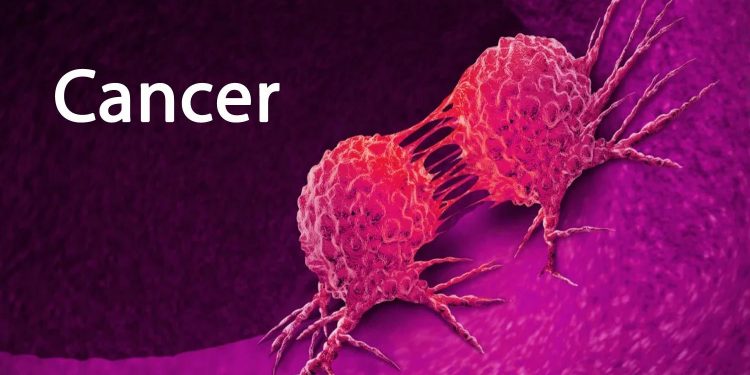 0
SHARES
163
VIEWS
Share on FacebookShare on TwitterShare on Linkedin

In the last few years of caring for cancer patients and their families, one question I may have been asked over a thousand times is, what is this really all about, and what could we have done to prevent it? The American Cancer Society defined cancer as an uncontrolled growth of body cells, which crowd out normal cells, hence interrupting normal body processes.

Cancers differ in the way they grow and spread, and can start from anywhere in the body. Some cancers grow rapidly and uncontrollably, while others grow slowly over time. This is not so for normal body cells. Some cancers grow to form tumors or lumps, but not all tumours are cancerous. To differentiate between a cancerous tumour and a non-cancerous tumour, a Biopsy is performed by a specialist doctor.

Can cancers be prevented? Yes. A considerable number of cancers can be prevented. This includes all cancers caused by smoking, excessive alcohol intake, and other not-so-healthy lifestyles. A recent study by some American Cancer Society researchers shows that about half of the recently diagnosed cancers are ultimately avoidable, including those that are caused by smoking, and those that are caused by one of, or a combination of lack of physical activity, excessive body weight, excessive consumption of alcohol, and poor nutrition.

Some other cancers caused by infectious diseases such as the Hepatitis B virus (HBV), Hepatitis C virus (HCV), Human Papillomavirus (HPV), and Helicobacter pylori (H. pylori), could be prevented through lifestyle modification, safer sexual practices, vaccination, or early treatment of the infection.

Protecting the skin from excessive sun exposure can prevent the over four million skin cancer cases diagnosed yearly. Other cancers such as endometrial, colon, rectal and cervical cancers can be prevented by early screening to detect precancerous lesions which can be removed surgically.

Early detection by screening has shown to reduce the death rates for most cancers, such as cancer of the prostate, colon, breast, rectum, lung and cervix. Additionally, an enhanced awareness of changes in certain body parts such as the eyes, mouth, genitals, skin, and breast, may also aid with the early detection of cancers in those areas.

Blood cancers can manifest in the form of anaemia or low haemoglobin levels (symptoms include lightheadedness, dizziness, shortness of breath), high or low White Blood Cell (WBC) counts, and/or low Platelets (symptoms include easy bruising, or bleeding from the nose, eyes, or other open parts of the body). These can be detected from blood work during a routine visit to the doctor’s office.

Despite this emphasis on early detection and prevention by screening, the International Agency for Research on Cancer estimated that in 2018, there were over 17.0 million new cancer cases and 9.5 million cancer deaths worldwide. Anyone who has ever been close to someone dying of cancer would attest to the fact that it is nothing like any other kind of death.

These individuals oftentimes go through months, sometimes years of excruciating pain, and all the symptoms that come with the disease process. Many times, their finances are obliterated, leaving their families with huge debts incurred from the very expensive cancer treatment options.

Prevention and early detection by screening are key to early treatment and management of most cancers. The American Cancer Society has laid down some recommendations for cancer screenings. These guidelines however can vary from person to person, but it is always advisable that you talk with your doctor on what is necessary and right for you, and when to get it done.

For breast cancer, women aged 45 to 54 years should get yearly mammograms, but this can be done every other year after a woman turns 55. Women who have a higher risk of developing breast cancer, can start at the age of 40.

A Pap test done every three years in women between the ages of 21 and 29, can be used to screen for cervical cancer. From age 30 to 65, a HPV test and a pap smear should be performed every five years, except if the previous one showed any abnormal cells.

Colon cancer screenings are recommended for men and women between the ages of 45 and 75. Lung cancer screenings are recommended for people between the ages of 55 and 74, who have a history of smoking, or are current smokers. It is important to discuss the risks and benefits of screening with your doctor, especially if you have been smoking for over a very long time.

If you are at a high risk of developing any cancer due to genetic disposition, exposure to chemicals, asbestos or heavy metals, smoking or exposure to secondhand smoke, you may want to start getting annual screenings sooner than the average recommended age. Also, if you are unsure of any of these factors, it is advisable that you talk to a doctor who can provide you with recommendations, and help you schedule a screening, if and when needed.

Budgets: a tool for development or misappropriation of funds?

Budgets: a tool for development or misappropriation of funds?