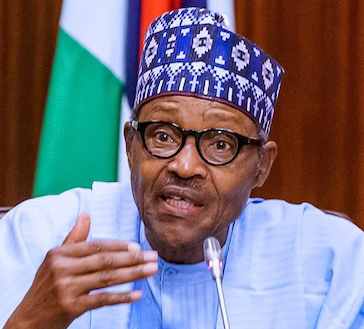 Since 1999, when I was called to the Nigerian Bar, I have ﬁrmly pitched my life and professional tent in the realm of the sociology of law and its practice, demonstrating that the law is an instrument of social, economic, and political engineering and change.

Since Nigeria is carefully designed to be a seemingly impregnable dichotomy between the haves and have-nots, the rulers and the ruled, the political class and the oppressed masses of the people, as opposed to a noble commitment to building an egalitarian society, the law is often a veritable tool for the perpetuation of the narrow and selﬁsh interests of the few, whose unguarded adventure into the reins of power since 1960 has almost brought this great nation to its knees today.

It is in light of the foregoing reality that we must carefully consider the provisions of Sections 839, 842, 843, 844, and 850 contained in Part F of the recently assented Company and Allied Matters Act 2020.

Having carefully read particularly the entire provisions of Part F of CAMA 2020, it is my professional opinion that apart from the fact that the provisions are full of booby traps with an anachronistic legal framework for associations registered with the commission, I do verily believe that the following provisions of CAMA 2020 oﬀend the spirit and letters of the 1999 Constitution of the Federal Republic of Nigeria ( a s amended), particularly Chapter 4, which among other provisions guarantees the Fundamental Human Rights of the Nigerian people to Freedom of Assembly and Association:

I have listened to the argument of the Registrar General of the Corporate Aﬀairs Commission, Alhaji Garba Abubakar, and others, who have argued vociferously that the Non-Governmental Organisations/Associations registered under Part F of CAMA cannot be without regulations and therefore the newly inserted provisions are a noble attempt on the part of the state to regulate their operations and activities.

While I agree that there must be regulation by all social and legal means necessary, I think the foregoing position is not only mischievous but also misleading as it seeks to create the impression that the associations under Part F are without regulations. I daresay that Non-Governmental Organisations/Associations are already adequately regulated by a plethora of civil and criminal laws, which regulate their human interactions and corporate practices.

It is important to note that the Fundamental Human Rights of the People to Freedom of Assembly and Association may be exercised by Nigerians in forming and operating an association legally without registering the same with the Corporate Aﬀairs Commission. They will still be governed with the provisions of the Nigerian constitution and existing civil and criminal laws of the land.

And if there must be further regulation for whatever reason, I do not understand why it must contravene directly or indirectly the spirit and letters of the Nigerian constitution, particularly the Fundamental Human Rights enshrined in the same.

Many have argued that many NGOs have become a conduit for ﬁnancial and related crimes. While this may be true, can we say in all honesty that there are no laws against what is perceived to be the excesses of the NGOs? Of course, there are a plethora of existing laws. The challenge in Nigeria is never the existence of the law but the gross failure of the state to enforce the same due to its self-imposed social and political encumbrances. It does not make any sense to civilisation that the government, instead of admitting its failure to enforce its laws and turn a new leaf, is turning around to put the burden again on the people by taking away their inalienable rights.

How do you know which law works and which does not and which needs review when there is no deft commitment to enforcement? Existing laws are ﬁrst exposed, tested, and exhausted in the theatre of enforcement before they are brought into the crucible of review to cure the loopholes found in the course of enforcement.

Many, including the Registrar General of the CAC, have argued that the newly inserted provisions of CAMA 2020 are a benchmark of the Charity Act 2011 of the United Kingdom. While the foregoing may sound like a noble commitment to bring the regulation of the NGOs to global standards, permit me to make the following points, which I consider to fair comments on the same:

The Charity law in the UK dates back to 1601 when the State of Charitable Uses Act was enacted and the same has since evolved and known as Charities Act 2011. It is a comprehensive body of law with 385 Sections and 11 Schedules, which establishes the Charity Commission for England and Wales, with the strict responsibility to regulate the entire operations of charities in the UK and Wales and make copious provisions for the corresponding responsibilities and statutory support from the government of the UK to the charities, apart from exemption from tax. Here, the state is depicted as a dependable SUPPORT SYSTEM in law, in truth and indeed! Section 76 Charities Act 2011 titled, ‘Suspension of trustees, etc. and appointment of interim managers’ from where our Section 839 was copied is one out of other 385 sections, the provisions are not as manipulatively domineering and confusion-laden like our Section 839. Thus, it does not make sense to copy the same section and dump it in CAMA in abstract.

I was at a webinar where the Registrar General of the CAC was asked to clear the ambiguity between Section 839(1) and 839(2) and after literarily stammering through the question he was only able to say that there would still be another set of guidelines. I had thought before that a piece of legislation should be clear on the face of it, though it does not have to be perfect.

It is important to note therefore that the Charities Act 2011 is robust and detailed legislation, which for over 400 years has evolved through the crucible of extensive consultation and practice scrutiny, taking cognisance of history and culture of a people as it relates to the establishment and operations of charities. It is therefore misleading to compare the same with the provisions of Part F of CAMA2020, containing paltry 28 Sections (823-850), which do not contain any revolutionary and inspiring provisions apart from seeking to put more and unnecessary burden on associations. If the goal of Part F is to bring a revolution in the regulations of charities in Nigeria, it would be more robust and consultative.

If I note without conceding that the goal of the new CAMA provisions is to inspire and enforce due process and healthy corporate governance, I beg to submit that probity, transparency, and stewardship are the foundation and culture of the public life and services in most of the developed countries our rulers often seek to copy social and legal innovations from. It is just that these rulers are very astute in the copy of the letters but are deﬁcient in copying the spirit, which is the engine room and operating system of the letter. They do not think that in all good conscience that to inspire the conﬁdence of the populace that the charity of probity, transparency, and stewardship should begin in the homes of the rulers in their public lives and rending public services, noting that the leaders of charity organisations and our rulers both hold resources in trust for people. It is a case of those who come to equity must come with clean hands. One of my points here is that we cannot compare the decency, integrity, fairness, civilisation, and eﬀectiveness that the Charity Commission for England and Wales and the legal system as a whole employ in regulating charities and responding to matters concerning them in that clime with the conduct of our Corporate Aﬀairs Commission and our legal system, which we all know is inherently plagued with this engrained social malady, called the ‘Nigerian Factor.

Kindly note that this piece is an open invitation to think and I hope I have been able to achieve my goal.

Akinlami, a social development lawyer based in Lagos.