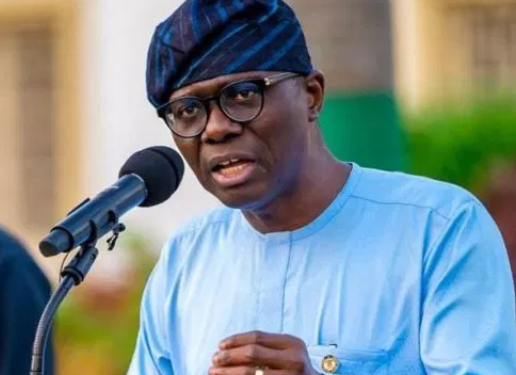 While it is not unconventional for state governors to tag their annual budgets with different connotations, successive failures to live up to the deceitful appellations call for a radical reflection.

Over the years, we have heard Budget of Consolation when it is obvious that Nigerians are excessively robbed beyond consolation; Budget of Deep Vision, when they know our eyes are deeply blind to spot and identify their serial rape against our intelligence and perpetual mismanagement and ineptitude;

Budget of Infinite Transposition, when for years we have been transposed from prosperity to destitution; Budget of Kinetic Crystallisation, when in reality we are backwardly led to uncertain position; Cabalistic Diversification, when in the long run, we realised it was merely a pun on the masses’ intelligence.

It is however conventional that we see the state governors paying lip services to the fiscal implementation, despite catchy appellations for the annual spree exercise called budget presentation.

The recently presented 2021 appropriation bill by the Lagos State Government contains a proposal that resurged popular criticisms against official profligacy, which has long been the bane of our bastardised democratic system of government.

While surreptitiously admitting that the masses are despondent in their quest for good governance, the government fed us with the “Budget of Rekindling Hope” and canvassed that, in its bid to keep the cost of governance low, it had proposed that the state was set to stop the payment of pensions for ex-governors and their deputies.

The governor is ostensibly making a premeditated move to repeal the Public Office Holder (Payment of Pension) Law which came into operation on May 9, 2007. This was 20 days barely before then Lagos governor and now political godfather, Asiwaju Bola Tinubu, finished his second term tenure.

The law to provide for the payment of pensions and other fringe benefits to public office holders states that, any person who held offices as an elected governor or deputy governor (referred to in this law as a public office holder) shall be entitled to the payment of pension at the rate equivalent to the annual basic salary of the incumbent governor or deputy governor and other benefits as provided by the Revenue Mobilisation Allocation and Fiscal Commission. The law further prescribes that the payment of the pension shall be for life, which shall be charged upon the Consolidated Revenue Fund of the state.

Section 6 of the law defines “public office holder” to mean the governor or deputy governor only.
While the motive for this law is res ipsaloqitor” based on this ravenous enactment, it can be concluded that the law was made wittingly to enrich greedy political office holders and their political heirs at the expense of the poor masses. I am particularly enraged when letters of law are cobbled up, drafted and manipulated for the purpose of benefiting the makers and political heir apparent.

When it comes to accountability and taking responsibility for liabilities, the governors exclude themselves from being identified as chief public officers in the state, whereas, they position themselves as the only public officers that are entitled to immunity and other fringe benefits. Then, one needs to ask whether this is the true version of democracy that is defined by government of the people, by the people and for the people?

Chapter 12 of the Criminal Code Act, under Section 98, which deals with corruption and abuse of office by public official defines persons employed in the public service to mean: (a) any person holding any of the offices of the civil office; (b) any officer which a person is appointed by or under the constitution; (c) any office of arbitrator or umpire in any proceedings, a member of commission of enquiry. In fact, virtually all those that can be regarded as civil servants or employees of the state with the EXCLUSION of the chief public servants; that is, the governor and the deputy governor.

Similar laws creating an ambience for the perpetual obligations exist in virtually all the states of the federation, where outgoing governors’ gluttony throats remain fixed with the state treasuries. No doubt, Nigeria’s version of democracy and self-made enactments give room to official profligacy.

What infuriates one is that when the law seeks to accrue benefits, the referred public officials, who are beneficiaries, shall be skewed to mean governors and deputy governors. But, when it relates to liabilities and criminal responsibilities, then public official shall be enacted to mean every other person with the exclusion of the governors and deputy governors. Nigeria’s political elite manipulate to the letters of law to suit the bourgeoisies’ interest. This to me, is the peak of abuse of public interest for personal aggrandisement.

Our political office holders who have had all their financial burdens placed on the states’ wealth throughout their tenure would selfishly want the same to continue perpetually. In 2016, shortly after Governor Adams Oshiomhole’s second term tenure, a bill was ferried into the state House of Assembly seeking to amend the 2007 “Pension Rights of the Governor and Deputy Governor Law”.

Aside from the jumbo packages of a pension for life at a rate equivalent to 100% of his last annual salary, special assistant of grade 12, personal secretary, two cooks, two armed policemen as security, three vehicles to be bought by the state government and liable to be replaced every five years, three drivers and free medical treatment for not only the office holders but also his immediate family members who were never voted by the people were added.

The former Edo State governor in addition to this rapacious law further proposed houses worth N200 million and N100m to be built for the governors and deputy governors after the expiration of their tenure. One would wonder how these office holders would benefit these freebies for years, and still want to continue even beyond their tenure? Oh, how insatiable is man! Why should a state governor parade 1,500 aides and with all their salaries levelled on the state’s budget? Nigerians are sickeningly tired with laws that paradoxically enrich the rich and impoverish the poor.

We are saying NO to a redundant bi-cameral legislature that is gulping the commonwealth of the people. In fact, we are tired of this clueless experimentation of pseudo democratic system that indulges in wastages, leakages and sheer profligacy.
My stance is that, if we continue with this potpourri of “polithievecians”, we might wake up to a state where our dear nation would be overthrown by our creditors, simply because of the profligacy indulged in by people elected to power. The country is dampened by a lot of wastages, that over 428 agencies are currently unable to pay salaries.

We are irredeemably running at a deficit and of course bloated cost of governance, with redundant aides from friends, associates who are lorded over by godfathers to public office holders. The government can do far better, prudent and more efficient than abolishing laws for humungous pensions.

Beyond the abolition of the pension laws for rapacious political office holders, the whole system instead needs a radical overhaul. It is time we fixed our general perception towards the business of governance in Nigeria. Our leaders’ perceptions need be reconfigured to embrace good governance, with good intention as the hallmark of their legacy.

These are virtues that must come from within and not from without. We can achieve this through, among others, consolidation of agencies, blockage of wastages and shunning of unnecessary external borrowings. Sadly, this regime came into power with a strong message to tackle excessive leakages and non-accountability in all ramifications. Ironically, alas! Only a very few could think they actually meant the opposite of all what they peddled to Nigerians. Thus, rather than salvaging us from the brink of oceanic debt, we are further asphyxiated and immersed by those who claim to be our rescuers.

Balogun, a lawyer and public affairs analyst based in Lagos, wrote in via rilwanbalogun60@yahoo.com

South-South demand: Restructuring as the way out

South-South demand: Restructuring as the way out