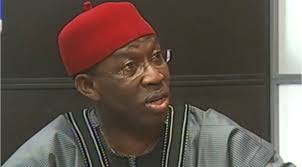 Governor Okowa while fielding questions from journalists at his quarterly media interaction said governments of South South region are not folding their arms over the matter.

Okowa, who is the Chairman of the South South Governors Forum, was particularly irked by the Minister of Justice and Attorney General of the Federation’s pronouncement on the controversial Zamfara gold and the Central Bank of Nigeria (CBN) multi billion naira grant to the state.

“We cannot apply laws in such a manner that it becomes discriminatory because you cannot mine solid minerals somewhere in Zamfara and you can’t allow Niger Delta to manage their oil,” he said.

He disclosed that restructuring and resource control as well as security would form the major plank of discussion at a meeting between a Presidential delegation and leaders of the South-South billed for Port Harcourt this Friday.

“The South-South Governors have been in the forefront for the devolution of power to states and local governments.

“Restructuring, resource control and security of the country, especially in the Niger Delta will be a major topic of discussion at the Presidential parley coming up in Port Harcourt,” he said.
The governor recalled that there were Acts of the National Assembly that dealt with oil production and solid minerals

“We have continued to push for restructuring and resource control. In fact, we are meeting at the South Governors Forum to deliberate on these developments. “There’s need to restructure Nigeria, devolve power, resources. You cannot dispense power discriminately. You cannot permit one state to exploit mineral resources and restrict others from doing same”, he quipped.

He restated the need for the restructuring of the country to address issues of resource control and devolution of powers, insisting that the country could not continue to administer its laws in a discriminatory manner.

Senator Okowa said states in the South-South region were united in the quest for restructuring of the country, adding there was need to restructure the country to pave the way for the devolution of more powers to states and local governments.

According to Okowa, Nigeria is not making progress as it ought to because the issues of restructuring and resource control are yet to be addressed.