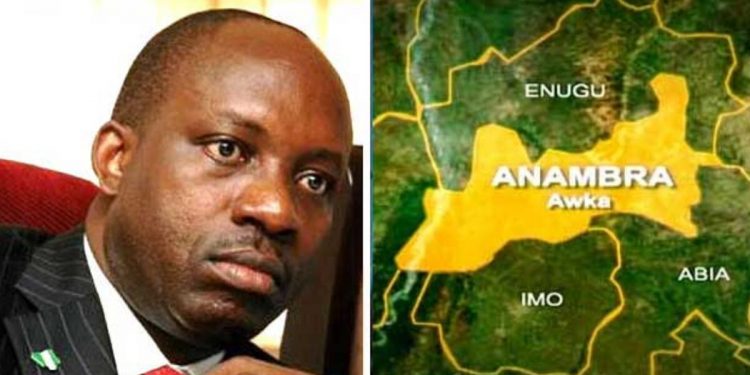 The Council advised the governor to stop criminalizing Ndigbo and decried the display of flippancy by the former, saying the State could experience more intense crisis if nothing is done about

The National President of the Council, Comr. Igboayaka O. Igboayaka while speaking to newsmen Thursday, September 29, described Prof. Charles Soludo as “Eze Onye Agwala m’, (the King that takes no advice from anybody), who will plunge the State into another heavy security challenges by his unguided utterance.

Igboayaka urged Soludo to approach governance in what he described as “measured and mature manner.” “Soludo must seek proper consultation and listening to those that can offer best ideas of insecurity in the state irrespective of the person’s class”. “It’s on record that the same Soludo accused Goodluck Jonathan falsely during Run-up of 2015 presidential election. As he measured 100% crime perpetuators are Ndigbo, he has given sponsors of insecurity in the Zone opportunity to act more by giving it ethnic connotation.

Speaking further, the embittered Igbo youth Comr Igboayaka explained that “crimes are profiled by “Gangster or individuals; globally crime profiling is not done by Ethnicity or Religion. Criminals have no ethnicity, religion or family.

He insisted that Soludo could not be exonerated from the guilt of involvement in criminal activities rampaging the State, he the latter, is yet to retrieve arms from young men whom he and his counterparts used as thugs during the 2021 Anambra gubernatorial election

“Gov. Soludo has given a social stigma of crime and criminality to Ndigbo, and on this, he has shown a high level of irresponsibility and poor information management. Ndigbo are not associated with crime, almost 95% of crimes are committed by politicians, the youth they armed during election for thuggery which Gov. Soludo can’t exonerate himself. Gov. Soludo should identify those he armed and those his political opponents armed during election and take arms out from them. Crime must be fought with sincerity, not public hypocritical outcry.

“As a Governor whose first steps signify failure, he assembled comedians, entertainers to lead a sensitive “Security Committee” in Anambra. That committee with the likes of Odinkalu, Onyeka Onweni etc has died a natural death, because while constituting the “Security Committee” he refused to consult widely as “Eze Onye Agwala m” (King that takes no advice from anybody)

“Governor Soludo must listen to the voice of reasoning; those that have advised him to “sit up to fashion out an Anambra laws and policy that present certain expectations of governance for the people, and duties of government to the people, dynamic and effective criminal justice system; and what negligence to citizens of the state can necessitate.

“Declaring confrontational war to criminals as if we’re in a battle field is a glaring show of inexperience about strategic governance in a state of crime. Gov. Soludo method of fighting crime is a direct threat to lives of Igbo youths in Anambra; it is a subtle means to eliminate Igbo youths in Anambra.”

The Council advised the Governor to rather consider erecting a correctional facility in the State a more feasible way to combat terrorism other than ethnic profiling.

“He has to build good correction centers in Anambra instead of this ethnic profiling self glory method. As a talkative Governor, he started initially by saying most of the criminals were not from Anambra as if Anambra people are angels and now it is Igbos, as if other Nigerians are angels.

“Soludo must now use all high flying promises of using his connections to bring investment to Anambra, the time is now. He still has up to three years left”. He, therefore, implored the leaders of Catholic church and traditional institutions in Anambra to collaboratively wage war against

“I’m, therefore, calling upon, the Catholic church, Anglican church and Ndi-Eze in Anambra to rise up now to caution Gov. Charles Soludo to apologize to Ndigbo for criminalizing, and mind his utterance before he lead Ndi Anambra into more danger” Igboayaka stated.

Policeman crushed by petrol tanker while on duty