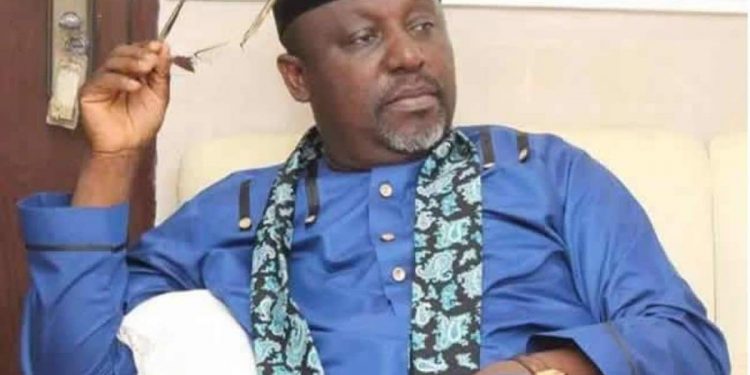 Ahead 2023 presidential election, there’s a groundswell of opinion that suggest the next president should necessarily be of Igbo extraction, a rational attempt at giving the south east a deserved equity in the Nigerian project.

If this reasoning is heeded, therefore, such fundamental political leverage would be a fitting answer to the recurring sense of neglect and oppression by the Igbo with the valid view that the enterprising ethnic group should be given the opportunity to produce the nation’s president since other major ethnic groups in the North, West and South-South have all had a fair shot at the presidency.

However, a chieftain of ACF,
Anthony Sam, was quoted
as saying that “Ndigbo
has the constitutional right to
field a president in 2023

However, there are those who believe that the Igbo president project cannot be given on a platter, that they have to “negotiate” it and even with some “conditions” as postulated by the likes of Alhaji Abdulkadir Balarabe Musa, who in a recent interview noted that: ”this time around, it would not be solely an Ndigbo affair, as all Nigerians would participate in selecting the most competent person among the Igbo that will fit the number one in Nigeria.

He further noted that such person must “be someone that will bring about peace, justice and equality. He must be someone with the qualities of late Zik of Africa”.
Similar postulations have also been offered especially that given by Mamman Daura, who though in a different dimension did not believe automatic preference for the Igbo but that the presidency should still be contested for in 2023 based on merit and competence.

Also the Yoruba socio-cultural organization, Afenifere, through its spokesman, Mr. Yinka Odumakin, while not against an Igbo president in 2023, however, averred that “we will support the South East to get the presidency in 2023 provided Nigeria is restructured.”

Yet the spokesman for the Arewa Consultative Forum (ACF), Emmanuel Yawe, in a statement, said “ACF believes that it is the constitutional responsibility of political parties to produce candidates.

Until they do that, the forum will not interfere in that process. We shall look at the presidential candidates when they emerge and evaluate them at that stage.” However, a chieftain of ACF, Anthony Sam, was quoted as saying that “Ndigbo has the constitutional right to field a president in 2023.”

From the above positions, the Igbo president project is now on the front burner of national discourse, stirring multidimensional perspectives but with very relevant implication to our national essence, continuity and viability. Yes, from a political interest, one would also want to ask if the former Imo State Governor and current senator representing Imo West, Owelle Ndigbo, Chief Rochas Okorocha, would be contesting the presidency in 2023.

Will Owelle run?
I ask this question because in the estimation of evolving political calculations, Okorocha stands shoulder high among other equally qualified Igbo aspirants who may be interested in contesting the crucial election and in particular with the important reference to the concern for merit and competence as the key issues in the race vis-à-vis who is likely to be considered.

By most preferences, Owelle Rochas Okorocha is a distinguished personality who has a national spread and appeal that could eventually be most acceptable to Nigerians in the postulation of Balarabe and similar men of thought who support the Igbo on this political journey but crave sub.