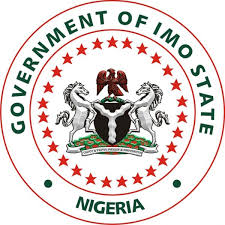 Imo State Government has expressed shock at the level of corruption at the Imo State University Teaching Hospital (IMSUTH), Orlu.

The feeling of the state government was made public by the state Commisioner for Information and Strategy, Declan Emelumba, who addressed government house correspondents at the end of the weekly state executive council meeting, Wednesday.

He highlighted the fraud to include unexplained jump of the wage bill from N147m in December 2019 to N236 million in January 2020, administrative staff being paid teaching and clinical allowances, finances of the institution not audited from 2017 to 2019, no account of internally generated revenue and many other fraudulent activities.

“It is highly embarrassing that an institution of that calibre where people who are expected to be above board as intellectuals, are managing, descended to the level of committing incredible fraud against the state government and against Imo people”, he stated.

Other resolutions of the council, according to Emelumba included; adopting the white paper of the judicial panel on lands and other related matters, which covered the period of 2006 to 2019 and recommending that all public lands wrongly allocated to individuals be revoked by government and for all layouts to revert to their original nomenclatures as well as for all government layouts revoked without due process to be returned to their original allottees.

He said the council also resolved that the permanent site of Imo State Government House in new Owerri, which has been balkanized and personalized by officials of previous administration be fully returned to its original purpose, while all personal structures built in it be demolished.

He added that same measure will be applied to such illegal structures within Owerri metropolis that are distorting the master plan of the city.

The commissioner disclosed that the construction of the strategic Owerri-Orlu Road and Owerri-Okigwe Road by a reputable foreign contractor, will be flagged off on Monday, November 30 while Tuesday, November 31, will be the flag-off of the urban renewal project, which will involve construction of seven world class roundabouts in Owerri city.

According to him, council noted with delight that the ‘operation feel all portholes’ in the city was progressing commendably, while directing the commissioner for education to work out modalities for resumption of tertiary institutions in the state which will be announced to the public very soon.

IMOWPGLI drums support for women as world marks Int'l day for elimination of violence against Women,