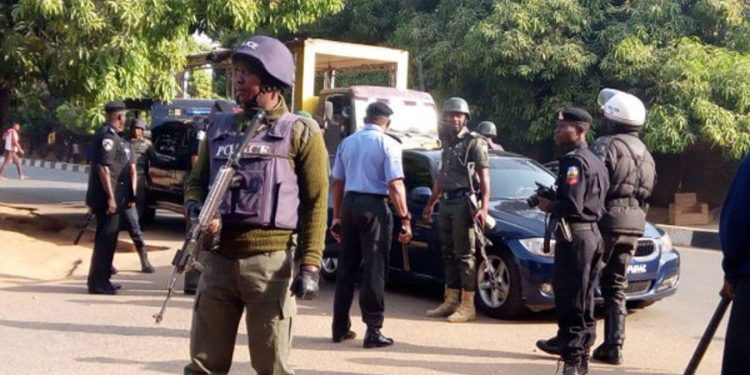 The Enugu State Police Command said it lost two police officers, who were allegedly murdered by hoodlums during the violence that trailed the #EndSARS protest in the state.

The Commissioner of Police, Ahmad Abdurrahman, said this on Wednesday October 28 when he paraded before newsmen, 23 suspects arrested for their alleged roles in the violence.

Abdurrahman said the command recovered 13 machetes, a bag containing 36 mobile phones, charms, a gun and N26,175 cash from the suspects.

He said the suspects were arrested in different parts of Enugu metropolis during the protest.
“They were arrested for alleged riotous acts, murder, arson, armed robbery, malicious damage, stealing, obstruction and breach of public peace, amongst other violent crimes,” Abdurrahman said.
The police boss also alleged that the hoodlums burnt down at least five police stations and other properties.
In his words, “Emene Police Station was razed down, along with two operational Hilux Vans, other vehicles and exhibits.