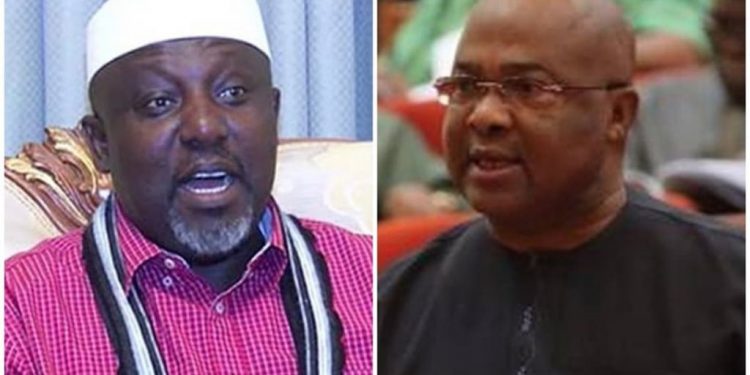 A former Commissioner for Transportation and Coordinator of Rochas Okorocha’s Rescue Mission Family, Chief Lasbery Okafor Anyanwu, has lamented that his life and that of members of his family are in danger.

Anyanwu, in Owerri on Thursday said the state governor, Senator Hope Uzodimma, of threatening his life, adding that he (Uzodimma) should be held responsible if anything untoward happens to him or any member of his family.

Anyanwu’s outburst was sequel to a raid on his transport company, Mass Transport Network Co. Ltd (MTN), by some security agents, whom he alleged were sent by the state government.

According to him, “At about 6.33 am this morning, I received a call from my security man in my transport company, Mass Transport Network Co. Ltd (MTN), informing me of early morning invasion by more than hundred armed policemen, officers of the Department of Security Services, soldiers and some men who seem to be thugs and hoodlums.

But the Chief Press Secretary and Special Adviser, media, Oguwike Nwachuku, dismissed the allegations. He said, I don’t know what the man is talking about.”