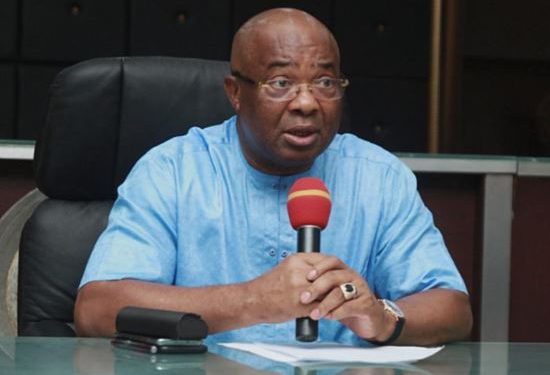 It appears there is no end I sight to the frequent flights of Governor Hope Uzodimma out of Imo state. Since the governor assumed office one major achievement of his administration is his frequent trips to Abuja and other places which has become a very big source of concern to the Imolites. This has brought governance to a halt because of the quietude that envelope everywhere in the state.

Aside from abandoning governance Imo people are disturbed because the cost of these frequent trips eats deeply into the state’s scarce resources. Even though the government has continued to claim that it is meeting up with its obligations to the workers, many of them are still crying of unpaid arrears of emoluments.

Last Wednesday, the governor and his family traveled out on two private jets out of the state. While the governor’s wife and kids traveled in one aircraft to Abuja, the governor jetted out in another to Ondo for the governorship election

In a previous publication we have x-rayed the governor’s frequent trips but it has not changed anything as Imo resources continue to disappear in frivolous spending that doesn’t add value to the lives of the people. It is estimated that each trip and logistics costs about N15M including hiring one jet.

It is also not clear what benefits accrue from these trips. It would be recalled that not long ago the governor boasted that in a month or so he has hosted six ministers but these visits for whatever reason is yet to impact the people.