US election: No evidence of lost or changed votes —Officials 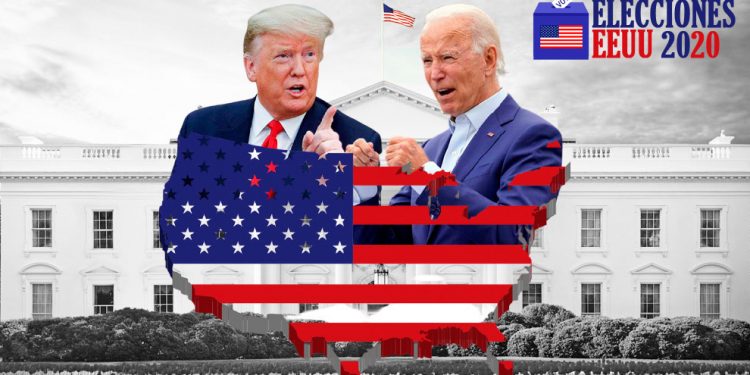 Senior US federal and state election officials said Thursday that there was “no evidence” that votes were lost or changed, or voting systems corrupted, in the presidential election.

The officials, responsible for election security across the country, rejected claims made by President Donald Trump and Republicans that fraud and lost ballots led to his loss to Democrat Joe Biden in last week’s election.

“The November 3rd election was the most secure in American history,” they said in a statement.

“There is no evidence that any voting system deleted or lost votes, changed votes, or was in any way compromised,” they said.

“While we know there are many unfounded claims and opportunities for misinformation about the process of our elections, we can assure you we have the utmost confidence in the security and integrity of our elections, and you should too.”

The statement was issued by the Election Infrastructure Government Coordinating Council, a public-private umbrella group under the primary federal election security body, the Cybersecurity and Infrastructure Security Agency (CISA).

It came hours after Trump retweeted a baseless claim that an election equipment maker “deleted” 2.7 million votes for him nationwide and switched hundreds of thousand from him to Biden in Pennsylvania and other states.

It was the latest in a series of bogus assertions Trump and Republicans have put forth in order to reject Biden’s victory.

The statement from the election security officials also came amid reports that Trump could fire the head of CISA, Chris Krebs, who has made a strong effort to stifle unsupported allegations of fraud that have surfaced while the votes have been counted around the country.

Despite that, rumors and conspiracy theories of a corrupted vote that allegedly “robbed” Trump have flooded the internet, and Republicans and the Trump campaign have filed multiple lawsuits around the country claiming irregularities.

So far none have been substantiated in court.

The statement said that election officials across the country are currently “reviewing and double-checking” their state and local results prior to certifying the numbers.

“When states have close elections, many will recount ballots. All of the states with close results in the 2020 presidential race have paper records of each vote, allowing the ability to go back and count each ballot if necessary,” the officials said.