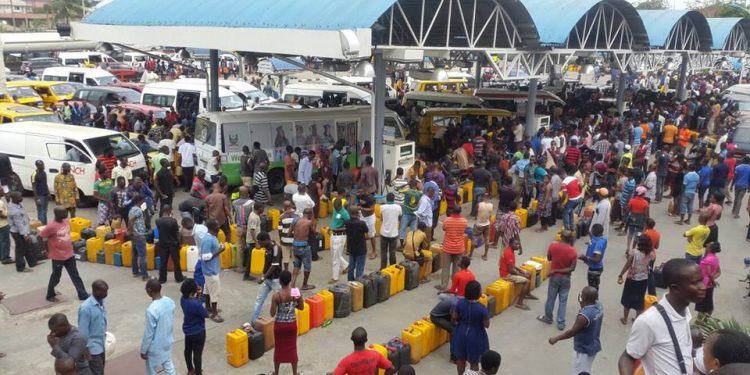 Almost all petrol stations in Umuahia, Abia State have been without petroleum products since Monday this week, thereby affecting operations of transporters and private business centres.

A few that opened for business sold premium Petrol Spirit (PMS) between N220 and N250 per litre, resulting in slight increase in transport fares by bus and tricycle (Keke Napep) operators in Umuahia.

Stations that had kerosene sold at N300 and N320 respectively.

Most petrol stations in Umuahia including those owned by major marketers and those owned by members of Independent Petroleum Marketers of Nigeria (IPMAN) displayed “no fuel” signs in front of their premises on Tuesday, when News Echo went round the town.

Though, some staff of the stations who idled away, refused to disclose the reason for their dry nuzzles, a dependable source at Total filling station Aba road, Umuahia revealed that the marketers were anticipating pump price increase by the federal government, hence the need to monitor the situation .

The source also claimed that the federal government was not carrying the petrol marketers along in their ongoing reformations in oils industry, adding that landing and lifting costs, naira to America dollar instability as well as incessant falling of petroleum tankers on highways, occasioned by bad roads affected the operations of marketers.

At Oando, Forte Oil, Mobil and master Energy, all along Aba road as well as Easy on, City Base and many other stations in the capital city, there were no fuel to dispense to motorists but at Hampet, Diorama, Nigerian National Petroleum (NNPC) maga stations, pump attendants were observed selling fuel to motorists and those who came with jerry cans.

Apart from NNPC station which sold PMS at official pump price of N165, the few others who had the products sold at exorbitant prices as there were long queues.

Efforts to speak with leadership of Independent Petroleum Marketers of Nigeria (IPMAN), Abia State chapter were not successful.

When contacted, the Abia State Controller of Department of Petroleum Resources (DPR), Mr..Emmanuel Okoro denied that petrol pump price increase is imminent, assuring that about 14 million liters of Petroleum products are available at Osisioma depot.

The federal government through its officials have been releasing conflicting statements in recent weeks about whether the prices of petroleum products would go up or not, thereby leaving the consuming public in a fix.

Biden set to meet Pope as US abortion debate rages