Tragedy as man dies of electrocution in Onitsha 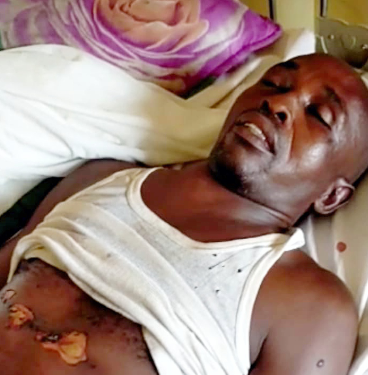 Residents of Ojedi, inland town Onitsha has been thrown into wailing following the sudden death of a middle-aged man simply identified as Morris Nonyia, through electrocution.

News Echo Correspondent gathered that the victim who hails from Inyi, Oji River, Enugu State, is a “Operation Technician” with the EEDC office, GRA, Onitsha and had just gotten promotion in office recently, after weeklong training at Enugu.

Information revealed that late Morris met his untimely death when he was working at EEDC installations at the junction last Monday, when electric power supply was restored, leading to his instant death.
However, “he was certified dead by a medical doctor and deposited at the Onitsha General Hospital mortuary”, according to source.

When contacted, the Head of Communications, Enugu Electricity Distribution Company, Mr. Emeka Eze, promised to enquire about the incident and revert to our Correspondent.
While reacting to similar incidents in the past, Mr. Eze had warned that electricity is a hazard, maintaining that qualified staffs of EEDC are always advised to observe safety measures while working on electrical installations.

Meanwhile, efforts to speak with the Anambra State Police Public Relations Officer on the incident could not be ascertained as at the time of filling this report.