Too early to talk of South-East presidency – Amaechi 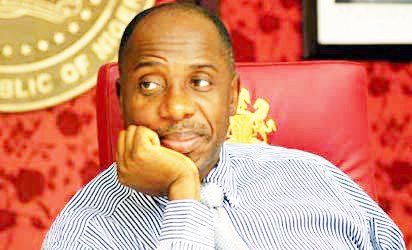 Minister of Transportation, Rotimi Amaechi has said that it’s too early to consider a president of South-East extraction for the 2023 election.

He said, “I believe that the zoning which was done in the north and south should be respected, just like Fashola.
“The best conversation to have now is how to deliver on the railway, maritime as it pertains to the responsibility assigned to me by the president.

“Why not allow me to complete the responsibility that has been given to me by the president which is being the minister of transportation,” he said.

It’s been speculated that the party is planning to present Amaechi, and Kaduna State Governor, as the party’s candidates for the 2023 presidential election.

The posters, which did not have the logo of any political party, however bore the name of an organisation – ‘National Consolidation Movement’.

It’s speculated that the possibility of the All Progressives Congress (APC) chieftains running together is high.