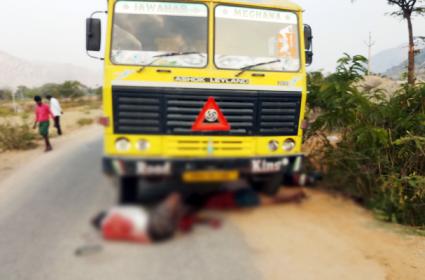 0
SHARES
85
VIEWS
Share on FacebookShare on TwitterShare on Linkedin

A middle aged man was yesterday, crushed to death by a tipper driver in Onitsha, Anambra State.

The incident happened near Owerri road by City Biscuit junction in the commercial city.

According to eyewitnesses, the truck driver took one way and eventually crushed the man who was crossing the express way after alighting from a tricycle.

The Acting Education Officer of the Federal Road Safety Corp (FRSC), Anambra State Command, Mr. Musa Kamal, while confirming the incident, said the crash involved a total of three male adults including the deceased who was rushed to Toronto Hospital Onitsha, by men of the Nigeria Police before the arrival of FRSC rescue team from Upper Iweka Outpost who were on ground to ensure free flow of traffic.

He said the accident happened at about 11:40PM, adding that the corpse of the victim has been deposited at the morgue at the same hospital after doctor’s confirmation.

Meanwhile, the state Sector Commander of FRSC, Mr. Andrew Kumapayi, while sending his condolences to the deceased family, strongly warned motorists especially truck drivers to desist from route violation, as the corps will not take it lightly with any one caught contravening the traffic rules.

He admonished pedestrians to always use pedestrian bridges where available and observe traffic rules before crossing the road as road traffic crashes are avoidable.

PDP ready to hand over power to youths – Secondus

PDP ready to hand over power to youths - Secondus