South-east, not any other Igbo speaking zone should provide 2023 president -Umahi 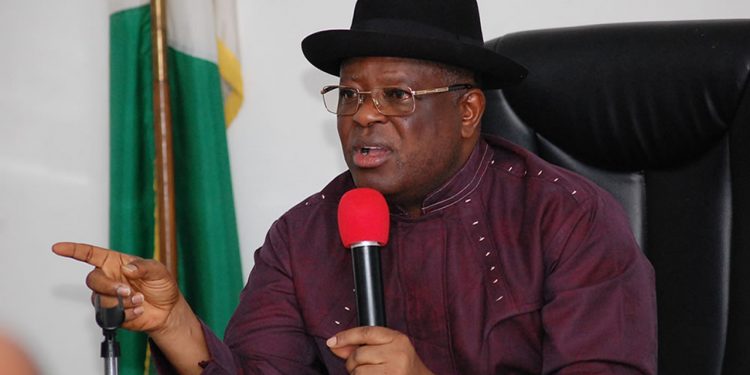 The Chairman of the South-east Governors’ Forum, further said that the South-east presidency come 2023, was currently the greatest desire of youths of the region.
Governor Umahi, stated this during a state-wide broadcast in Abakaliki, were he explained that leaders of the zone, including governors, met with representatives of the youth in the South-east over the
EndSARS protests, on Sunday, noted that they had agreed to sheathe their swords for peace to reign.

Umahi said, “I think the South-east should be allowed to produce the leader of the country. I’m sure their (youths) spirit is there.
“We had a very useful discussion with the youths. They requested that we have a discussion with the president over their demands. They promised that their agitations and protests will end by the reason of their demands. Their voice has been heard and very loud. The President has taken steps to address their demands.
“We condemn the shooting at Lekki; we will continue to call for accelerated investigation, so the culprits will be brought to book.

“Our leaders are addressing the issues raised by the South-east youths. I will take their demands to Mr. President. The youths tasked governors of South-east to engage critical stakeholders in the ongoing protests in their respective states and local security architectures. “We have agreed that the youth will be part of our
budgeting. They demanded the rehabilitation of federal roads within the South-east. The federal government is already working on some of them.

#ENDSARS: How Buhari has emboldened police to keep on extorting Nigerians