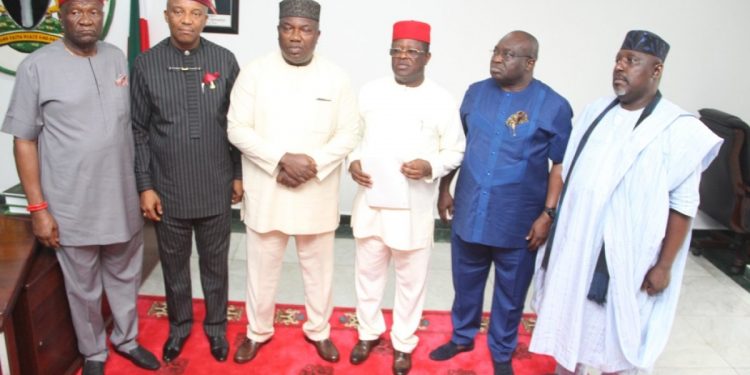 South East governors have agreed to set-up fund to assist families in the zone that lost their loved ones in the recent crisis that erupted across Nigeria during the ENDSARS protest.

This was made known through a communiqué presented by the South-East Governors’ Forum, after a two day closed-door meeting in Enugu State Government House, during the weekend.

According to the communiqué, the Chairman, South-East Governors’ Forum, Engineer Dave Umahi of Ebonyi state explained that South-east governors are committed to addressing the concerns of the young people that are peculiar to the state governments, and will engage the federal government to handle other issues that are national.

He urged Ndi Igbo in other parts of the country to go about their lawful businesses and to avoid any form of unlawful protest and criminality.

The South-East Governors’ Forum chairman expressed the sympathy of the forum to families that lost their loved ones and property in the protest, including the police, other security agencies and civilians.

The communiqué also assured that South East leaders will engage the youths to ensure a sustainable peace in the zone and a glorious future for the upcoming generation.

Engineer Umahi however read from the communiqué that youths in the zone are expected to be law abiding, while the governors work hard to meet their demands, warning that South-East governors will not allow continued killing of security agents, civilians, and destruction of public and private properties.

Sins of IPOB according to Wike