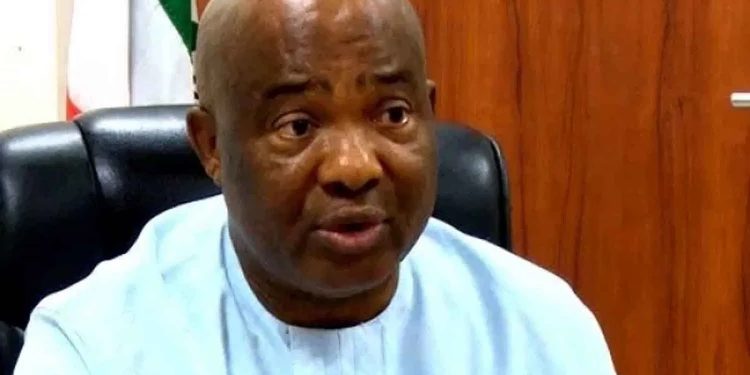 It is really getting worse for Imo State almost in all ramifications. Just last weekend, Governor Hope Uzodimma announced a youth empowerment meant to train the youths in various skill acquisitions. However, the empowerment scheme will further impoverish the youths rather than enrich them.
The governor stated that the project would be in three phases of N2bn in each phase, that is, N6bn in all.
In a broadcast to the people of Imo State last weekend, Uzodimma announced the youth empowerment package. A critical analysis indicated that each youth would get the sum of N12, 000k as an empowerment. This is so because, Uzodimma said the empowerment scheme is N6bn in three phases of N2bn per phase. He noted that the total number of youths estimated to benefit from the empowerment was 500000.
Taken together, it goes to interprete that N6bn divided by 500000 will give each youth N12,000!
A public affairs analyst, Comrade Udo Kamma Ben noted that “Uzodimma has no experienced speech writer. If he had, the media managers would have discovered the disaster in the speech. That is, you want to empower the youths and you are giving them N12, 000 per person”.
He added, “It equally goes to confirm that the governor might be lacking in personal and public composure. This is because, a governor who knows his onions would have dictated that there was something factually wrong with the figure he released to the public”.