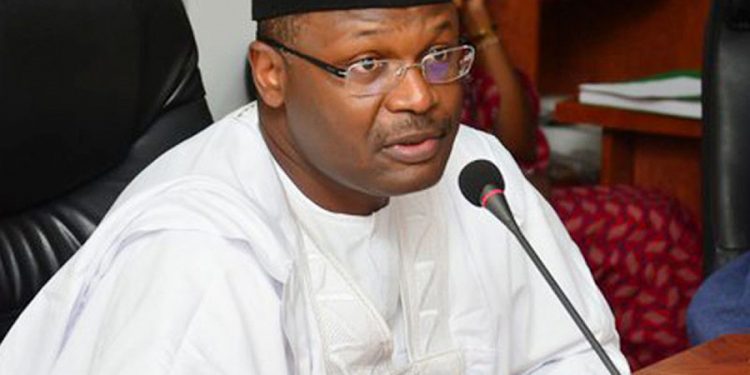 The Senate has confirmed the appointment of Prof. Mahmood Yakubu, as Chairman of the Independent National Electoral Commission, INEC for a second term of five years.

The confirmation on Tuesday followed the consideration of the report of the Senate Committee on INEC, led by All Progressives Congress ( APC) senator representing Kano South, Kabiru Gaya, which submitted its report at plenary and recommended Yakubu for confirmation.

The Senators who spoke before his confirmation described him as political and highly qualified for the job.
Yakubu had handed over to o Ahmed Mu’azu as acting INEC chairman following the expiration of his first tenure.
His confirmation came a week after President Muhammadu Buhari’s request his confirmation a second and final term was submitted to the senate.

Yakubu was first appointed INEC chairman in November 2015 taking over from Prof. Attahiru Jega, who conducted the 2015 general election.
His confirmation was sequel to the presentation of the report of the Senate committee on INEC.
Gayan said Mr Mahmood was found suitable for the position, with no petition or incriminatory report against him.
According to him, “The nominee displayed (a) high level of intelligence. He is not affiliated to any political party and has never participated in any political campaign.

“The nominee also meets all the requirements for this position,” he told the Senate as he urged the lawmakers to confirm Mr Yakubu.

When it was the turn of senators, some of them took turns to praise the president for reappointing the INEC boss and commended the nominee for a job well done in previous elections.