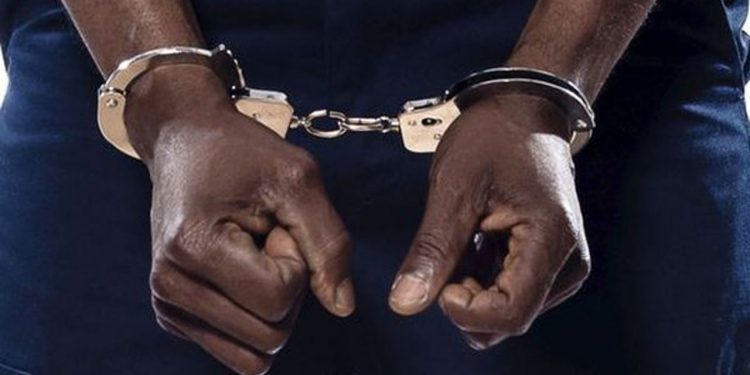 Security agents have arrested Faisal Maina, who is the son of the former Chairman of the defunct Pension Reformed Taskforce Team, Abdulrasheed Maina.

The news of his arrest came after his father who is standing trial over a N2bn money laundering trial at the Federal Court in Abuja, fainted in court on Thursday.

The arrest of the younger Maina also came barely one week after his father who had jumped bail in his ongoing was arrested in the Republic of Niger and brought back to the court.

Faisal himself had jumped bail and stopped attending trial in a separate three-count money laundering case at the same court.

Justice Okon Abang had, on November 24, 2020, revoked the bail granted him and ordered his arrest.
The judge also ordered the fleeing defendant’s surety, who is a member of the House of Representatives representing Kaura-Namoda Federal Constituency, Umar Dan-Galadima, to appear in court.

However at the resumed hearing in the case on Thursday, surety’s lawyer, Mr. M. E. Sheriff, urged the court to suspend the hearing of the forfeiture proceedings on the grounds that he got information that Faisal had been arrested.

“My lord, I was reliably informed that the Defendant had been arrested. He was arrested last night and he is in custody,” the lawyer said.

The development was confirmed by prosecution counsel, Mr. Faruk Abdullah, who however said the defendant had not been handed over to the Economic and Financial Crimes Commission, (EFCC).

In what has become fashionable among high profile cases, Maina, on Thursday, collapsed in court.
Maina collapsed in the dock when his counsel, Anayo Adibe, was addressing the court on his no-case submission before Justice Okon Abang, who is handling his trial.

However, in order to attend to him by officials of the Correctional Service and his relations, the court had to rise for five minutes.