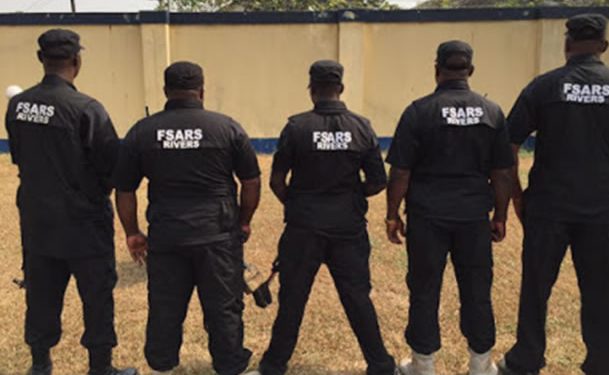 Nnodi said the baby was shot inside his apartment from sporadic shootings by men of the SARS.
The petitioner however, told the panel that he was chased away by men of the SARS when he went to their office to lay official complaint.

One Bright Nwabueze who hails from Emohua Local Government Area of Rivers State told members of the panel that he was brutally wounded by operatives of Special Anti-Robbery Squad SARS.
Nwabueze said SARS operatives collected his three hundred and fifty thousand naira and his mobile phone that was in his possession around Mile one Motor Park in Port Harcourt.

However Nwabueze was unable to identify any of the men he claimed were SARS operatives because according to him, the men were not putting on their tags on their uniforms
Another petitioner identified as Tamunodepriye Akalobo told the panel how a stray bullet from SARS operatives killed his fourteen years old son during the#EndSARS protest in Rivers State.
Akalobo said he saw the lifeless body of his son in pool of blood on the Port Harcourt Express way after he son was sent to go and sell pure water.