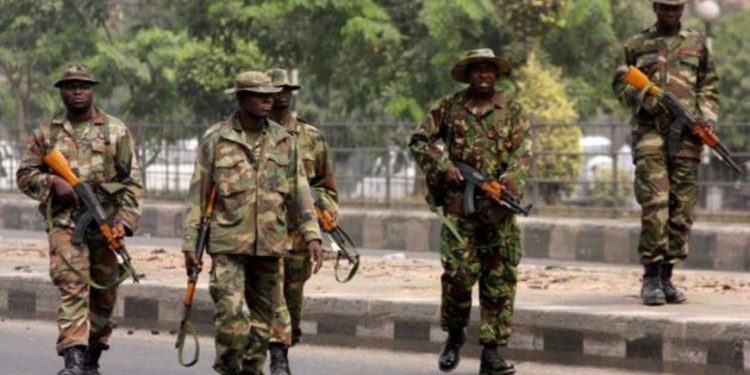 Residents in Osun have deserted major streets in different communities of the state has joint security personnel enforces the curfew imposed on the state.
This is as youths in some communities in Osogbo helped police to arrest some hoodlums who looted government and private properties in the state. It would be recalled that hoodlums invade major towns in the state on Saturday vandalizing and looting government and private properties.
While newsmen moved around the state capital on Sunday only security operatives who set barricades on the highway were visible as residents stayed off the roads.
Meanwhile, about 30 persons have been arrested for allegedly looting public properties in the state. According to the leader of the youth group at Ogo-Oluwa area of the state capital, Isiaka Afolabi, some of the suspects were arrested while trying to take their loots into the community.
“We seized the suspects with their loots and handed them over to the police because we cannot be encouraging looting of public property under the guise of protest. This is robbery and we will not condone it”, he said.
Some of the items recovered from them include refrigerators, air conditioners, upholstery, office equipment, household equipment among other things. Meanwhile, the Special Adviser to the Governor on Security, Mrs Abiodun Ige while parading the suspects frowned at the looting of public properties, saying the government would not condone any act of lawlessness under whatever guise. “We will not condone looting of either government or individual properties as done by these suspects and they will face the full wrath of the law”, she said.

One shot dead in Umuahia during clash with policemen

One shot dead in Umuahia during clash with policemen