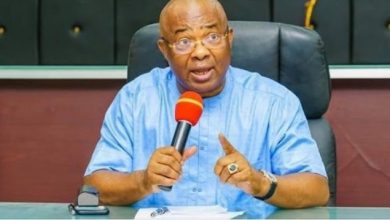 Governor Hope Uzodimma of Imo State has charged the Interim Management Committee (IMC) of Imo Transport Company (ITC) to rehabilitate, reconstruct and recover all looted assets of the company.

The governor gave the charge on Tuesday, at the Sam Mbakwe Expanded Executive Chambers of Imo State Government House, during inauguration of the newly constituted committee.

Uzodimma went down memory lane to recall that ITC was a child of circumstance, which came onboard as part of efforts by the former governor of the old Imo State, late Sam Mbakwe to cushion the transportation challenges of Imo people.

He regretted that the company, which blossomed to the point of having stations and parks in the 36 states of Nigeria and the Federal Capital Territory (FCT) is now in a sorry state, as a result of activities of past appointees of successive governments, who looted assets of the company and enriched themselves.

He said, in line with the 3R mantra of his administration; rehabilitation, reconstruction and recovery, it was time to recover ITC.

He described the chairman of the interim management committee as a credible gentleman and expressed confidence, that the committee will rehabilitate all abandoned structures of the company, recover all its stolen assets, recover its parks in various parts of the country, remove criminal and fraudulent individuals from the company and restore it’s past glory.

Responding on behalf of members of the interim management committee, the chairman, Onyekachi Ibeziri appreciated the governor for finding them worthy for the onerous task and assured that they will deliver on the mandate given to them.

He promised that the committee will work day and night to make ITC an enviable company and a major revenue generating agency of Imo State government.

“We will rehabilitate, reconstruct and recover every assets of ITC for Imo government. ITC is going to be a starting point. By the time people see ITC in the next three months, they will know that certainly, the governor has come to work in Imo”.

Nigeria: A giant made dwarf by its leaders