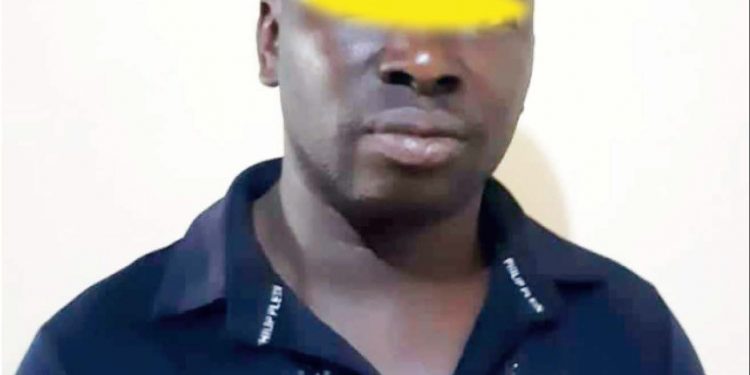 A press statement si ned by the Commissioner of Police, Anambra State Command through the Police Public Relation Officer, (PPRO) CSP Haruna Mohammed read this “one pastor Chukwudi Chukwumezie ‘m’ aged 34 years in charge of Mountain Zi on deliverance ministry, Ugamuma village, Obosi who allegedly lured and had unlawful carnal knowledge of a fifteen year old girl at a hotel along EzeIweka Road, Obosi under false pretence of making deliverance prayers for her has been arrested by our command.

“Police detectives took the victim to the hospital for medical examination where penetration and laceration of her hymen was confirmed by the medical doctor after which the suspect was charged to court”.

The statement further revealed that, “same suspect who presently jumped Court bail had on the 16/7/ 2020 and 4/8/2020 allegedly defiled another fifteen years old girl from Iyaba Egbema in Ozubulu, using same modus of false deliverance. The victim was equally taken to the hospital for medical examination where penetration was confirmed’.

Meanwhile, the suspect was arrested on the 30th August, 2020 by police operatives attached to Ozubulu division, following a tip off and case transferred to the State Criminal Investigation Department (SCID) fo r discreet investigation as directed by the Commissioner of Police, CP John B. Abang.

The statement noted that the suspect will be charged to court for prosecution as soon as investigation is concluded.

The value of Auto financing of Online companies