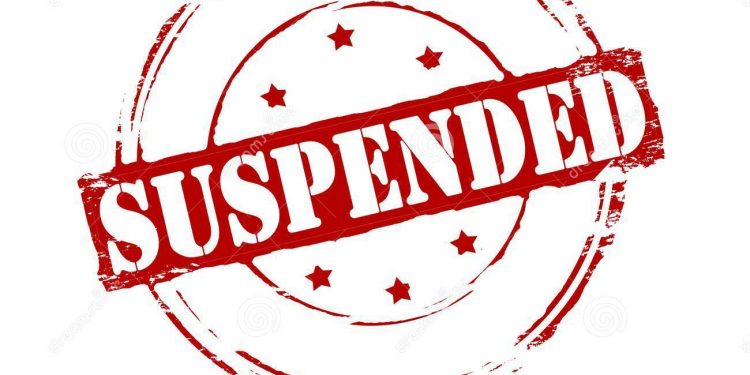 Omofia.Mbakwe was also berated over the suspension of three other prominent cabinet chiefs Godwin Odiegwu (Ichie Nwakaibeya), Anthony Okelo (Ichie Ozo) Ugochukwu Onyekwelu (Ichie Omenka).The community is among those their monarchs were recently suspended by Governor Willie Obiano for traveling to Abuja without due permission.

The PS had alleged that the four chiefs were suspended on the ground of being behind a recent protest by certain members of the community at the State Government house, supporting the monarch’s suspension as well as indulging in other anti-town activities.But the community, under the aegis of Abacha Traditional Ruler Council, described the action as ultra viras, null, void and of no affect, insisting that it was not in consonance with the town’s traditional council laws.

It added that the palace secretary lacked the power to carry out the purported suspension as he was merely a personal staff of his blood brother Igwe GBC Mbakwe.

Addressing newsmen on behalf of the Abacha traditional ruler council after a cabinet meeting he presided at Umudisi village Abacha, traditional Prime Minister of the town (Onowu), Chief Paul Nzekwesi Omofia described the palace scribe as a meddlesome interloper and purported suspension as a frivolous.

He said, “The purported suspension is neither here or there. The palace secretary cannot exercise a power he doesn’t have as he is just a personal staff of his brother Igwe GBC Mbakwe. He is just trying to be mischievous to cause confusion and paint the town as not peaceful.

“Our constitution is clear on the event of absence of Igwe, it stipulated that in the absence of Igwe the second in command (Onowu) which is me takes over.

“So I am in charge together with entire cabinet chiefs and there is absolute peace in our community, we are in support of our amiable governor Chief Willie Obiano on this action as he has done marvelously well for the state in every sector.”

Also speaking, President General of the community, Mr. Ifeanyichukwu Okeke Obata and two of the suspended chiefs Godwin Odiegwu and Ugochukwu Onyekwelu maintained that there was permanent peace in the town since the suspension of the Igwe by the Anambra State Government.

They added that there was no vacuum in leadership as the traditional ruler council headed by Onowu Chief Paul Omofia as working in perfect synergy with the town union government.